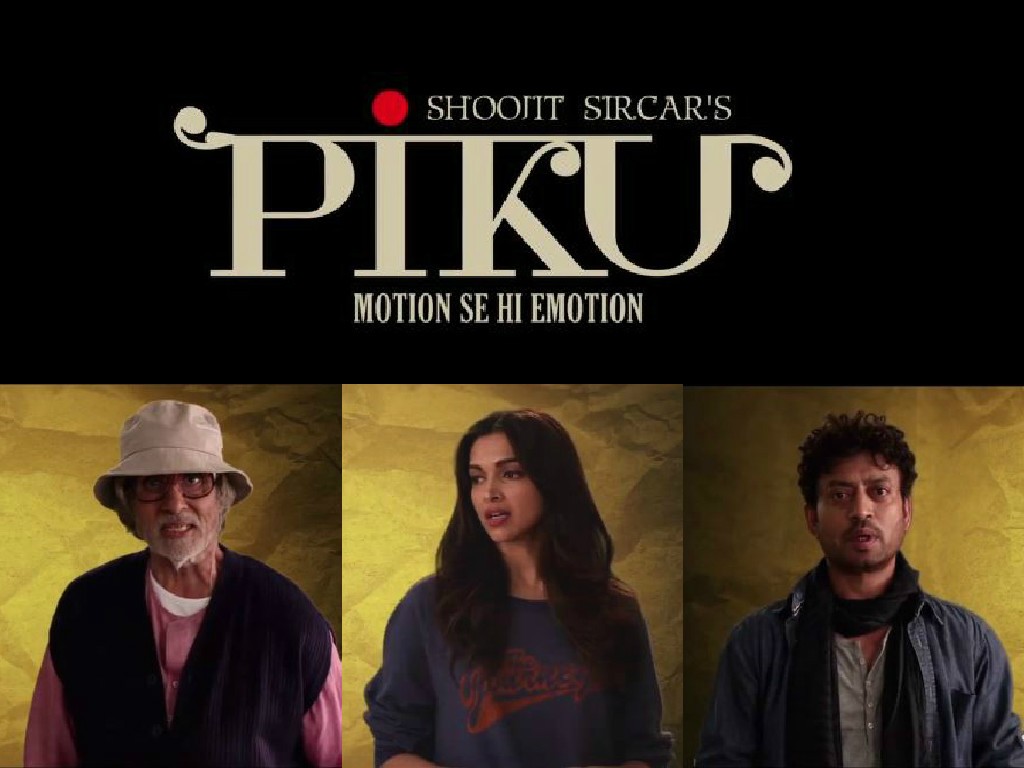 Potty talk, hitherto the preserve of lowbrow comedy, is given an incredible new twist in Shoojit Sircar’s delightfully droll ‘Piku’.

Bolstered by strong performances by Amitabh Bachchan, Deepika Padukone and Irrfan Khan, the bittersweet family drama about an eccentric old man hounded by erratic bowel movements entertains without ever tipping over into the sinkhole of poor taste.

Most conversations in the film hinge on the curse of constipation and the ways of getting around it. Yet, at no point does it sink to the level of toilet humour.

‘Piku’ is not so much a story as a whimsical stringing together of a series of vignettes about one particular extended family grappling with the emotional ups and downs of a constipated old man who thinks he is the centre of the universe.

The latter is a pressed for time architect who struggles to balance her professional commitments with the demands made on her by a hypochondriac dad.

This father-daughter relationship is stormy at the best of times. It turns infinitely choppier when they undertake a Delhi to Kolkata road trip because the old man is overwhelmed with nostalgia and desires to revisit the home he grew up in.

The man at the wheel is taxi service owner Rana Chaudhary (Irrfan Khan), who is driven to the edge of exasperation by the crabby Banerji’s crappy obsession.

Left with no option, Rana decides to take charge of the ride and give both father and daughter a dose of their own medicine on the way to Kolkata and even after they have reached their destination.

The screenplay, written by regular Shoojit Sircar collaborator Juhi Chaturvedi, is replete with marvelously subtle sleights that provide insights into the cultural and emotional dynamics of a Bengali family domiciled in Delhi but unable to break free from their roots in Kolkata.

‘Piku’ is primarily about a patriarch and his single liberated daughter, but it also touches upon many other existential issues with lightness of touch, wit and warmth.

It addresses the themes of ageing and its wages, of filial duty, of cultural roots, and of nostalgia.

At one end of the spectrum, Rana quips that “death and shit” wait for none. At the other, in a more sombre moment, he advises Piku not to abandon her roots.

‘Piku’ is a film marked by multiple moods, all delivered with striking finesse.

The impact of the film is enhanced by the actors, most notably Deepika Padukone, who is the real star of ‘Piku’.

She not only holds her own against Amitabh Bachchan, whose performance borders on the hammy at times, and Irrfan Khan, who is as superbly restrained as ever, she also steals many a scene without breaking into a sweat.

‘Piku’ looks, feels and sounds unlike anything Hindi cinema fans have seen in a long, long time.

This unique and engaging take on the vicissitudes of life is a not to be missed film.