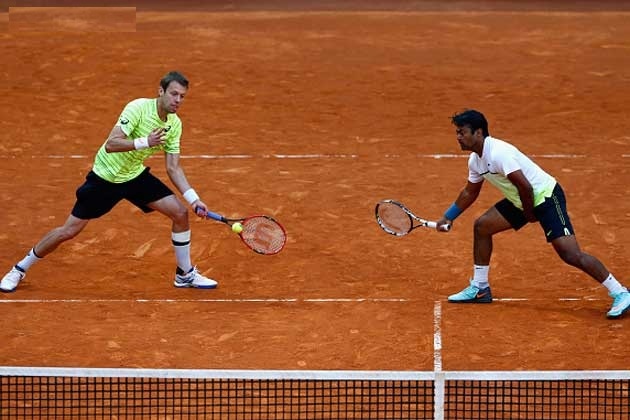 Madrid: Breaking momentum after a seemingly successful stint on the tennis circuit this year, Indian tennis players Leander Paes and Sania Mirza both had to bite the dust as they lost their respective matches on the clay courts of Madrid Open.

Paes and Daniel Nestor lost in an hour and 20 minutes to wildcard pair of Spain’s Feliciano Lopez and Max Mirnyi of Belarus. The seventh seeds went down 6-7(4), 3-6 in the men’s doubles second round at the Caja MÃ¡gica.

The first set was a neck-and-neck battle and had to be settled in a tie-breaker, which went in favour of the wildcard combine. Lopez and Mirnyi got the lone break they needed on their third chance in the second set to settle matters in their favour.

Later in the women’s doubles quarter-final, World No. 1 Sania, partnering veteran Martina Hingis, went down 6-7(5), 6-3, 9-11 in an hour and 41 minutes to American-Czech seventh seeds Bethanie Mattek-Sands and Lucie Safarova.

After sharing the first two sets, Bethanie and Lucie proved a tad bit better than their top seed opponents to come out on top in the super tie-break.