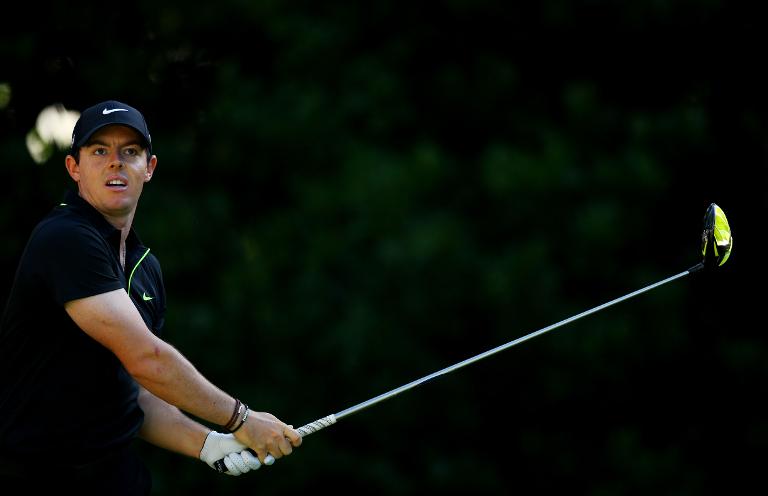 Rory McIlroy got the better of Jordan Spieth in a battle of the world’s top two golfers, but still found himself two shots off the Players Championship pace.

Former world number one Tiger Woods, making his first start since the Masters last month, endured a mixed day that included two double bogeys and two bogeys, but with five birdies signed for a first-round one-over 73.

Japan’s Hideki Matsuyama, Canadian David Hearn and Americans Charley Hoffman and Kevin Na shared the lead on five-under 67 on a tightly bunched leaderboard in the US PGA Tour’s $10 million flagship event at TPC Sawgrass in Florida.

They were one stroke in front of six players on 68: Troy Merritt, Ben Martin, Billy Horschel, Brendon Todd, Charles Howell and Derek Fathauer.

McIlroy headed a group of 14 players on 69 that also included Australians Jason Day and Marc Leishman, and Spain’s Sergio Garcia.

Northern Ireland’s McIlroy played alongside Spieth and Day and held up his end in the ballyhooed budding rivalry with Masters champion Spieth, who struggled to a three-over 75.

“I did feel sharp,” said McIlroy, who arrived in Florida off a victory in the World Golf Championships Match Play in California on Sunday and celebrated his 26th birthday on Monday.

McIlroy saw his conservative approach pay off in a steady round that included two birdies and an eagle and one bogey.

“It’s about staying patient,” said McIlroy, who teed off on 10 and made his first birdie at 15.

He promptly followed that with an eagle at the par-five 16th, where he landed his second shot within seven feet.

“There’s a lot of pars on my round, but I was able to pick off a couple of birdies and a nice eagle on 16, so pleased with the start,” McIlroy said.

Spieth, however, couldn’t say the same.

The man who mastered Augusta National so impressively four weeks ago for his first major title admitted he’d lost trust in his swing.

“Just a really, really poor day,” he said after a round that included five bogeys. “I’ve got to find something to work on.

“Sometimes when you’re hitting it really well you just get tough breaks and you have a bad day,” Spieth added. “This wasn’t one of those. I actually really need to find something on the range.”

Woods was less discouraged, even though his round included a shocking tee shot at the par-three eighth that he hit so poorly it went into a creek about 40 yards short of the green.

He was also in the water off the tee at 18 for another double-bogey, but said his one-over score was “probably the highest” he could have posted.

“I didn’t get much out of that round. I hit the ball better than the score indicates,” said Woods, but added that he struggled to hit his putts hard enough.

Still, Woods was hoping for better on Friday as he steps up his return from a layoff to rediscover a semblance of the form that took him to 14 major triumphs.

“I’m only six back — I’ve never seen the board this bunched. There’s a lot of guys who have got a chance going into the weekend,” he added.

“Hopefully I can put together some good rounds.”