Man Utds Carrick out for the season | Newsmobile
Wednesday, June 29, 2022

Home Sports Man Utds Carrick out for the season 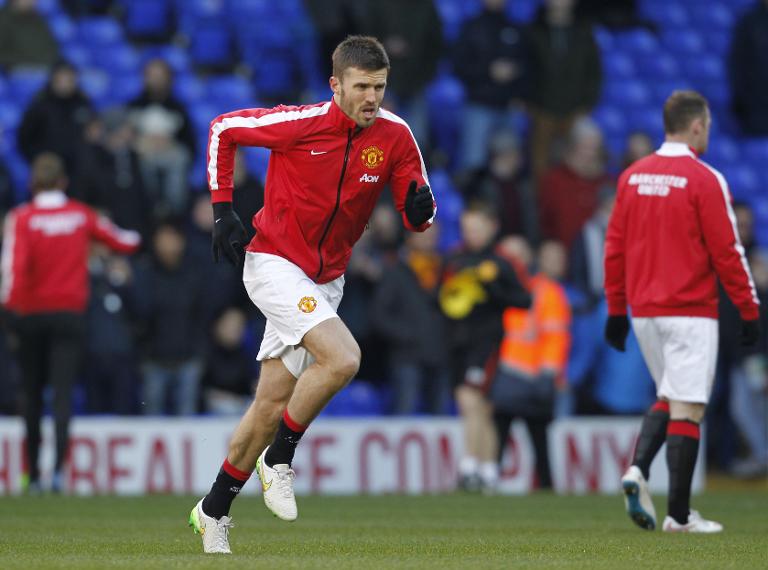 Manchester United’s hopes of securing a top-four finish and Champions League football have been dealt a blow with the news that influential midfielder Michael Carrick will not play again this season.

As recently as last week, United manager Louis van Gaal was claiming he fully expected the England international to play a part in the closing stages of a campaign which could yet result in frustration were his team to lose out to bitter rivals Liverpool in the chase for a top-four place.

But van Gaal revealed Friday that Carrick’s calf injury, sustained in the derby victory over Manchester City last month, was worse than at first predicted.

“Carrick is not available, it was more serious than we thought,” van Gaal told a news conference.

“We tried everything but now we have to think about next season. He shall not play anymore this season, it’s better now to focus for him on next season and being fit to start.”

The Dutch boss, whose side are away to Crystal Palace on Saturday, said Carrick’s absence would hurt his side.

“When you see the stats, it’s clear that he’s very important but that’s also because we have only right-sided holding midfielders.”

“That’s what I have been saying already in the whole of the season, that our selection is not balanced, and I want to restore that in the next transfer period,” he added.

“Life is not ending at 34, but for a professional football player, it’s close by. That’s why I have to handle again in that position,” van Gaal explained.

The value of Carrick, 33, to United has been particularly evident in the games since the derby win which have seen United lose consecutive matches to Chelsea, Everton and West Brom without him in the line-up.

While the current campaign remains a matter of concern for the United manager, he at least started plans for next season in impressive fashion this week by signing highly-rated Dutch winger Memphis Depay from PSV Eindhoven in a Â£25 million transfer ($38 million, 33.6 million euros) on a reported four-year contract.

Van Gaal said he broke with his own usual transfer protocol to conclude the deal, which will be formally completed when Depay undergoes a medical next week, in order to head off interest from French club Paris Saint-Germain.

“I have been forced to sign him before the end of this season,” said van Gaal. “We have to focus on the remaining games but when you sign a new player you can disturb the focus of the current ones.

“But because of the market, we had to handle this because otherwise he would have signed for Paris Saint-Germain,” he added.

“At that time he was not reached by me. But because of the club’s relationship with PSV, I could handle it.”

Van Gaal, meanwhile, congratulated Chelsea and their manager, Jose Mourinho, for winning the Premier League title and refuted the claim from some quarters that the wealthy London club were not worthy champions.

“I have sent him (Mourinho) a message but I don’t know if he has received it because he is always changing his number,” joked van Gaal, who had Mourinho as a member of his staff when he was coach of Barcelona.

“But I want to wish Jose Mourinho my congratulations for winning the championship.

“It is well deserved, I think. When you look at the statistics, you cannot doubt that they are deserved champions,” he insisted.