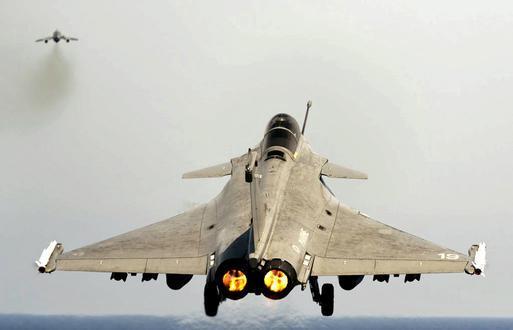 New Delhi: Call it the Modi wave, or whatever you feel like, but his visit to ink the pending Rafale Deal has clicked.

France is offering India 36 Rafale fighter jets in fly-away condition at the same price which it pays to French defence firm Dassault Aviation to equip its own air force, defence sources said.

They added this means that the cost per aircraft will be much lower than the price that was being worked out under the Medium Multi-Role Combat Aircraft (MMRCA) tender, which also involved transfer of technology.

“The price of the aircraft for India will be the same as the price at which it is sold to the French air force. This was the case during the deal for Mirage fighters too,” sources said.

They added that the final pricing will depend on the specific requirements that India seeks from France and how the negotiation goes forward.

They said the offer is in keeping with the joint statement issued during Prime Minister Narendra Modi’s recent visit to France, where he announced the intention to buy 36 Rafales off the shelf.

“The two leaders agreed to conclude an inter-governmental agreement for supply of the aircraft on terms that would be better than what is conveyed by Dassault Aviation as part of a separate process underway,” the statement had said.

The “separate process” was the MMRCA tender which had been stuck for years over pricing and other issues.

French Defence Minister Jean-Yves Le Drian had met with his counterpart Manohar Parrikar in New Delhi on Wednesday following which the two sides decided to form special teams that will work in a time-bound manner to conclude negotiations.

As per industry experts, the price of a Rafale to French air force works out to anywhere between $200-220 million.

“If we take the lowest value of $200 million, it will work out to around Rs 1,240 crore per aircraft. Even if we increase it to Rs 1,300 crore, it would be a better price than earlier,” sources said.

The price per aircraft not only includes its own cost but also that for maintenance, training of pilots and technicians, armaments and spares.

Qatar has recently signed a deal worth over $7 billion for 24 Rafale jets. Asked if that price would be acceptable to India, the sources said it would have been “very expensive”.
(with inputs from PTI)