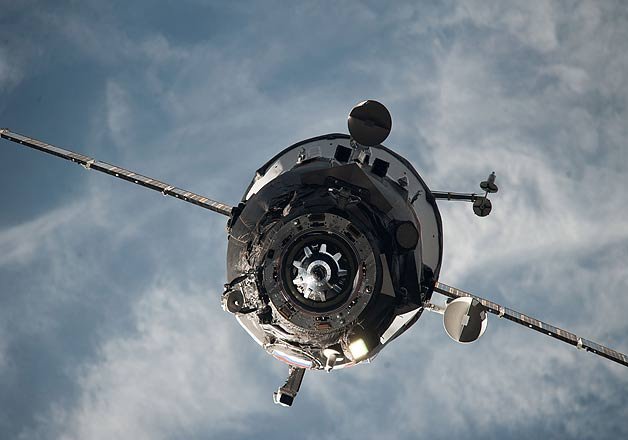 Cape Canaveral: An unmanned Russian spaceship loitering in orbit after a failed cargo run to the International Space Station plunged into Earth’s atmosphere on Thursday, the Russian space agency reported.

The capsule, loaded with more than three tonnes of food, fuel and supplies for the station crew, fell from orbit at 10.04pm EDT (0204 GMT), the Russian space agency Roscosmos said in a statement.

At the time, the Progress-59 spacecraft was flying over the central Pacific Ocean, the statement said.

Most of the spacecraft was expected to burn up during its high-speed descent through the atmosphere, but small pieces of the structure could have survived and splashed down in the ocean.

“Only a few small pieces of structural elements could reach the planet’s surface,” Roscosmos said in a statement earlier Thursday – similar to what happens at the end of routine Progress cargo missions.

The freighter was launched on April 28 from the Baikonur Cosmodrome in Kazakhstan, but never made to the station, a $100 billion research laboratory that flies about 250 miles (418 km) above the earth.

Ground controllers lost contact with the Progress spaceship shortly after it separated from the upper-stage of its Soyuz rocket about nine minutes after launch.

An investigation into the failed mission is under way, Roscosmos said. Russia has flow 62 Progress spacecraft to the station to deliver modules and cargo, two of which have not been successful.

Various versions of the Progress freighters have been flying since 1978, supporting previous Soviet-era stations including Salyut 6, Salyut 7 and Mir. The capsules are designed to burn up in the atmosphere after delivering their cargo.

The United States hired privately owned Space Exploration Technologies, or SpaceX, and Orbital ATK to fly cargo to the station after the space shuttles were retired in 2011. SpaceX’s missions have all been successful.

Orbital lost a cargo ship in October after a failed launch. Europe flew five ATV freighters to the station, all successfully, but has no plans to fly any more. Japan is preparing for its fifth HTV cargo flight in August.