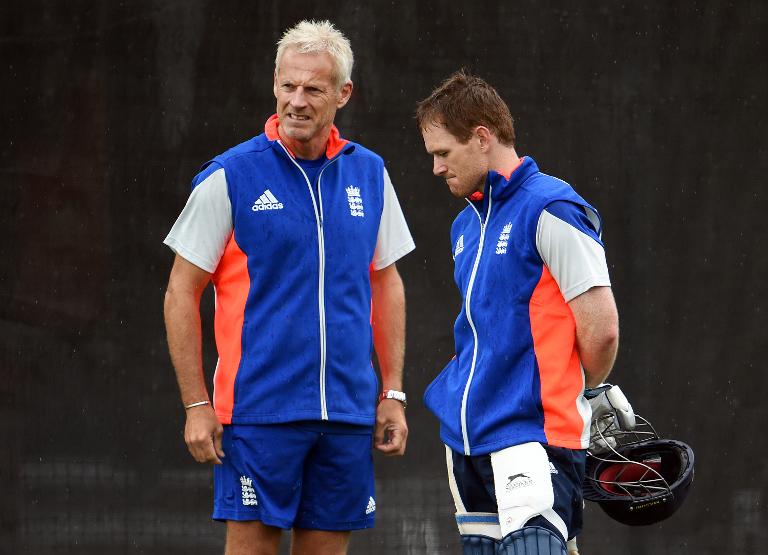 Peter Moores is set to be sacked for the second time as England coach after Andrew Strauss takes up a new post in the national set-up, several British newspapers reported on Friday.

Strauss is the overwhelming favourite to land the post of England director of cricket, a job created by the England and Wales Cricket Board (ECB) last month following Paul Downton’s sacking as managing director.

Further evidence that former England captain Strauss was on course to take up the administrative role at Lord’s came when he was withdrawn from the Sky television commentary team covering the washed-out one-day international between Ireland and England in Malahide on Friday.

James Taylor, England’s stand-in captain against Ireland, said the players were unaware of any possible changes to the coaching set-up.

“I haven’t heard anything on that,” Taylor told BBC Radio’s Test Match Special.

If Strauss does take over and Moores is removed from his post, it will mean the coach’s second spell in charge will have lasted barely a year since he was brought back in 2014 following England’s 5-0 Ashes thrashing in Australia, which led Andy Flower to step down as coach.

Moores’s second spell in charge — he was initially dismissed in 2009 after a falling out with then captain Kevin Pietersen — has so far yielded just one series win, at home to India last year, and included England’s embarrassing exit from the World Cup, where they failed to beat a single Test nation, and a disappointing 1-1 series draw in the West Indies.

Former Australia fast bowler Jason Gillespie, now the coach of English county champions Yorkshire, having been brought on board at Headingley by incoming ECB chairman Colin Graves, has been touted as a possible replacement for Moores.

Speculation has also focused on another former Australia international, Justin Langer, who was a mentor to Strauss early on in his professional career when the two left-handed batsmen played for county side Middlesex.