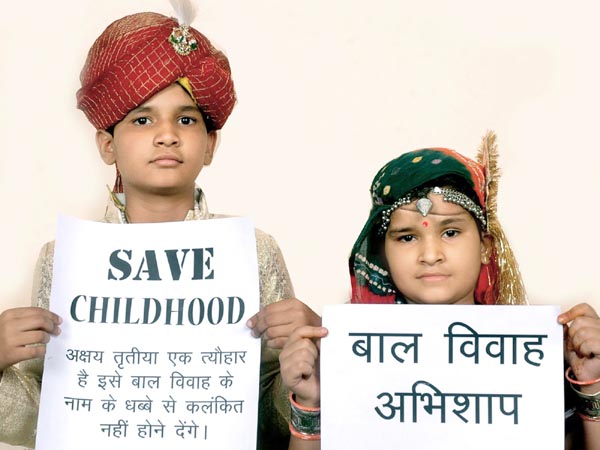 In a report released, Early and Child Marriage in India: A Landscape Analysis, released in Hyderabd on Tuesday, the NGO Nirantar Trust shows that while the primary aim of most organisations working on the issue has been to address the problem of girls marrying before the legally permissible age of 18, an empowerment approach is what is needed to address the problem of lack of agency and choice among young people in influencing life-altering decisions.

The report claims that a blind emphasis on age becomes a distraction from real problems of choice and consent with regards to marriage.

The report identifies seven root causes of early and child marriage: the economics of marriage, sexuality, gender norms and masculinity, educational and institutional gaps, the centrality of marriage, risk, vulnerability and uncertainty, and age as an axis of power.

Based on research in eight States where early marriage is widespread, the report shows how in a system that wishes to control female sexuality, acknowledging that girls can have sexual agency and desires is a threat.

The anxiety caused by this is so strong that even conversations around contraception and safe sex are shameful and actively discouraged, lest they should give adolescents the â€œwrong idea.â€

Archana Dwivedi, Director, Nirantar Trust, said that similar to HIV/AIDS earlier, there was a great amount of interest and funding to work on the issue of early and child marriage in India, and the report was aimed at guiding organisations working in this area.

The report also notes that the difference between urban and rural statistics cannot be directly attributed to modernity and urbanisation.