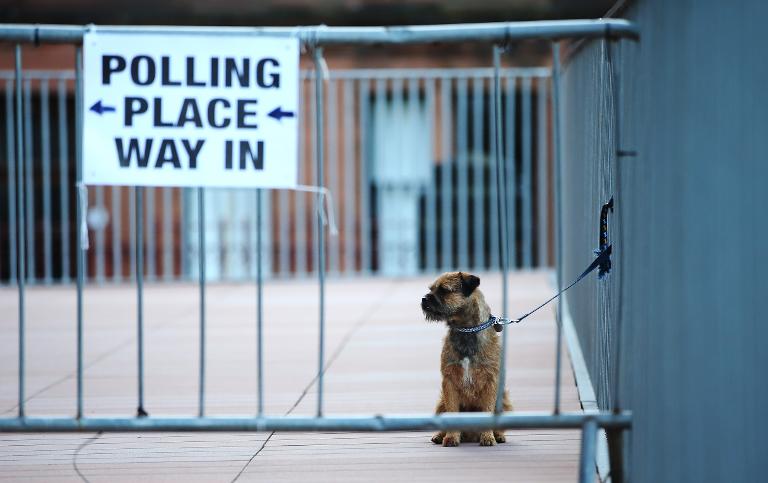 Britons voted on Thursday in a knife-edge general election that could put their country’s membership of the European Union in doubt and again raise the prospect of independence for Scotland.

Voters casting ballots in the closest contest in decades faced a choice between a government led by Prime Minister David Cameron’s centre-right Conservatives or by Ed Miliband’s centre-left Labour.

Capturing the tense mood, The Times carried a front page with the words “Judgment Day” emblazoned over a picture of the sun setting behind Big Ben, calling it the “most important election for a generation”.

“I wouldn’t say it’s exciting — its more unnerving,” Annette, a 59-year-old community worker who declined to give her last name, said at a polling station in a south London park.

In Holborn in central London, Rich Brady, a 30-year-old children’s charity worker, stopped off to vote on his jogging route.

While the leaders of both main parties insist they can win a clear majority in the 650-seat House of Commons, they will almost certainly have to work with smaller parties to form a government.

Who will team up with whom is the big question.

The last three polls released on Wednesday showed a dead heat between the two main parties.

The pro-independence Scottish National Party (SNP) is expected to make sweeping gains in Scotland, which would give it a stronger voice in Westminster and perhaps even a role in forming the new government.

Scots voted against independence in a referendum last year with 55 percent voting ‘No’, but the SNP has not ruled out bidding to break off from the rest of the United Kingdom once more.

More than 45 million Britons are eligible to vote at polling stations located everywhere from shipping containers to churches, funeral parlours to pubs, a school bus, a lido and a football ground.

Voters have been asked to refrain from taking selfies while they vote as sharing an image that shows how someone voted would infringe secrecy rules and could lead to a six-month prison sentence.

Throughout the day, party activists at each location conducted a head count of known supporters in order that those who had not yet voted could be reminded, with polls showing a large number of undecideds.

Ballot boxes will close at 2100 GMT with exit polls released immediately and most results will emerge overnight, although the final tally of seats will not become clear until Friday afternoon.

Prime Minister David Cameron, 48, voted in his Witney constituency in southern England, where he was heckled by fathers’ rights campaigners including a person dressed as Elmo from the children’s show Sesame Street.

Miliband cast his ballot in Doncaster in northern England, while SNP chief Nicola Sturgeon was in Glasgow in Scotland and UK Independence Party leader Nigel Farage in Ramsgate in southeast England.

If neither the Conservatives nor Labour win a clear majority, they will start days and possibly weeks of negotiations with smaller parties to try and build a bloc of around 326 seats.

Latest poll data suggested that the Tories were on course to win most seats by a narrow margin, with between 274 and 289, but could be hampered in forming a government by opposition from Labour and the SNP, which wants Scotland to become independent.

The new government, whether led by the Conservatives or Labour, would face its first big test when lawmakers vote on its legislative programme after a traditional speech given by Queen Elizabeth II in parliament on May 27.

The election is being watched closely around the world due to the consequences it could have for the standing of Britain, a permanent member of the UN Security Council and a nuclear-armed NATO state.

“A Little England does not augur well for a US foreign policy which aims specifically to empower like-minded states to share the burden of leadership,” Jeremy Shapiro, a fellow at the Brookings Institution foreign affairs think-tank in the US, wrote this week.

Another potential issue for Britain’s global status is that Cameron has promised a referendum on whether Britain, the world’s fifth-biggest economy and Europe’s second-largest, should leave the EU if the Conservatives win. The referendum would be held by the end of 2017.

Reflecting the uncertainty, Britain’s FTSE 100 stock index dropped 0.67 percent to close at 6,886.95 points Thursday as investors settled down for the long night of results.