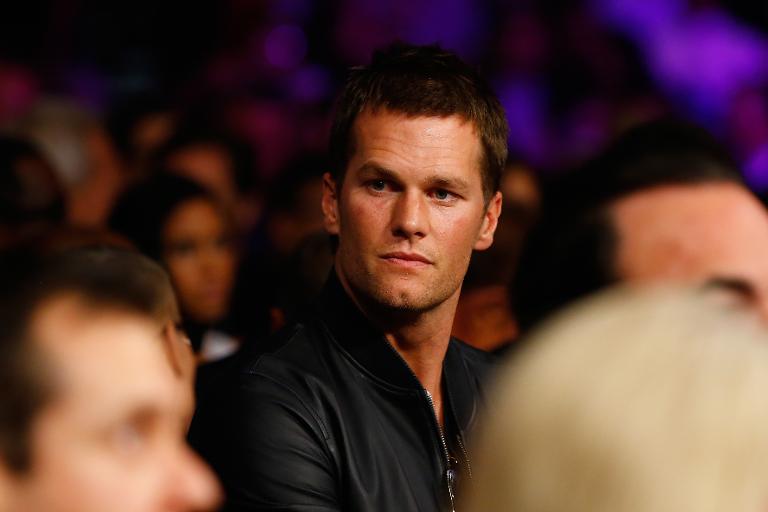 “No, absolutely not,” said Brady, an NFL superstar who could yet face discipline from the league after investigators found he likely knew game day footballs used during at least one playoff game were purposely under-inflated by Patriots staffers — perhaps making them easier to grip.”

In his first public appearance since the NFL’s report was released on Wednesday, Brady was greeted by adoring fans at a question-and-answer session at Salem State University in Massachusetts, on Thursday, an engagement arranged long before the report came out.

Interest in the event skyrocketed in the wake of the report, with national television news outlets carrying the first 10 minutes live, and tickets being offered on Craigslist for as much as $500.

But Brady told moderator Jim Gray that he was not yet ready to discuss the NFL’s “Deflategate” findings.

“I don’t have really any reaction,” Brady said. “It’s only been 30 hours so I haven’t had much time to digest it fully, but when I do, I’ll be sure to let you know how I feel about it — and everybody else.”

As to when that might be, Brady said, “Hopefully soon”.

“There’s still a process that’s going forth right now,” he said. “I’m involved in that process, so whenever it happens, it happens. I’ll certainly want to be very comfortable in how I feel about the statements that I make.”

Despite the seemingly minor importance of the infraction — with doubts over whether balls deflated below the minimum stipulated by the league actually provided a competitive edge — critics have urged the NFL to take strong action against Brady.

They say it’s important the four-time Super Bowl winner, a certain future Hall-of-Famer, isn’t seen to be above the rules.

But if there were any critics in the room on Thursday night, they were drowned out by Brady admirers, who cheered as the 37-year-old sports hero entered the hall and took his seat, looking relaxed in a navy blazer and white shirt with no tie.

To avoid the crowds, he arrived at the campus in the historic town near Boston by helicopter.

– Elephant in the room –

Gray, an Emmy-winning television sports reporter, said right off the bat that he planned to stick largely to the original intent of the evening — a chance for Brady to connect with fans in one of a series of talks in which the university invites world leaders, artists, athletes and intellectuals to discuss their careers.

When Gray noted, however, that there was an “elephant in the room,” Brady shot back “where?”

But Brady’s glossy image has taken a hard hit. Based on information that included text messages of two staffers responsible for team equipment, the probe found that it was “more probable than not” that Brady “was at least generally aware of the inappropriate activities” of the men who conspired to deflate the balls.

Further damning Brady was the revelation that he declined to hand over details of his own emails, text messages and phone messages.

The issue came to light after the Patriots victory over the Indianapolis Colts in the American Conference championship game, which sent them to the Super Bowl.

Questions dogged them throughout the build-up to their Super Bowl clash with Seattle, which the Patriots won 28-24.

Brady, however, said the affair hadn’t dimmed his joy in the victory “because we earned and achieved everything that we got this year as a team, and I’m very proud of that and our fans should be, too.”

Brady’s agent Joe Yee denounced the report, calling it a “significant and terrible disappointment” that omitted “nearly all” of Brady’s testimony to investigators.

Brady’s father, Tom Brady Sr, said the league was looking for a scapegoat and that the entire probe — which found no wrong-doing by Patriots coach Bill Belichick or team owners — was “Framegate.”

Brady, married to supermodel Gisele Bundchen, said friends and family had been a support as the scandal unfolded.

“Certainly I accept my role and responsibility as a public figure. A lot of it you take the good with the bad. Dealing with the adversities in life, you do the best you can do.