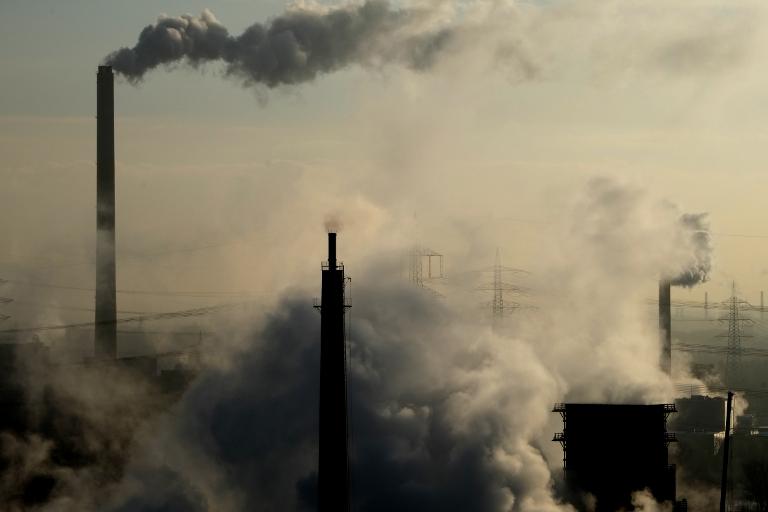 In a column for The Australian newspaper to coincide with a visit by UN climate chief Christiana Figueres, he added that the world had been “subjected to extravagance from climate catastrophists for close to 50 years”.

“It’s a well-kept secret, but 95 percent of the climate models we are told prove the link between human CO2 emissions and catastrophic global warming have been found, after nearly two decades of temperature stasis, to be in error,” he said, without providing evidence.

Newman, a former chairman of the Australian Broadcasting Corporation, is a known climate change sceptic but he went further by accusing the UN of being involved in a scam.

“Figueres is on record saying democracy is a poor political system for fighting global warming. Communist China, she says, is the best model,” he wrote.

“This is not about facts or logic. Itâ€™s about a new world order under the control of the UN. It is opposed to capitalism and freedom and has made environmental catastrophism a household topic to achieve its objective.”

Figueres, in charge of getting a global emissions reduction agreement in Paris in December, was in Australia to discuss practical climate change action.

With its use of coal-fired power and relatively small population, Australia is one of the world’s worst per capita greenhouse gas polluters and has been increasingly isolated over its perceived reluctance to do more to tackle the climate threat.

In an interview with the ABC this week, Figueres said the nation had no option other than to gradually step back from coal — a key economic driver.

But he warned that “having gained so much ground, eco-catastrophists won’t let up”.

“After all, they have captured the UN and are extremely well-funded. They have a hugely powerful ally in the White House,” he said.

“They will continue to present the climate change movement as an independent, spontaneous consensus of concerned scientists, politicians and citizens who believe human activity is ‘extremely likely’ to be the dominant cause of global warming.

“And they will keep mobilising public opinion using fear and appeals to morality.”

Abbott, who once said evidence blaming mankind for climate change was “absolute crap”, axed a controversial tax on greenhouse gas emissions last year as part of an election pledge.

His government replaced it with a so-called “direct action” plan that included paying companies to increase energy efficiency and not pollute.

“For the business sector to be represented by him is nothing short of embarrassing,” she said.

“He is either intentionally misleading the public or he is incapable of understanding scientific consensus, in which case he has no business advising the government.”

The Climate Council was formed to provide Australians with facts on the issue by former members of the Climate Commission, a government-backed body that Abbott abolished.

According to the UN’s Intergovernmental Panel on Climate Change, the global mean temperature could rise by up to 4.8 C this century alone, widely seen as a recipe for worse drought, flood and rising seas.

Australia has a current target of reducing greenhouse gas emissions to five percent below 2000 levels by 2020, but is yet to announce further targets.