After swindling millions Raju has no pennies to rub | Newsmobile
Tuesday, June 28, 2022

Home Business After swindling millions Raju has no pennies to rub 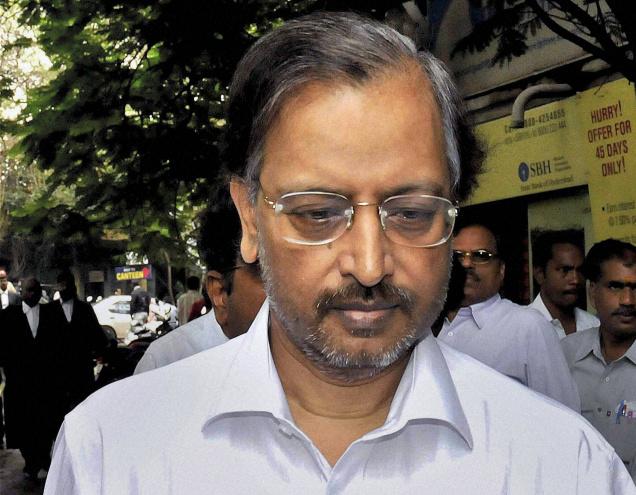 Hyderabad: After swindling millions from investors and shareholders, Satyam Computers founder B Ramalinga Raju, his brothers Rama Raju and Suryanarayana Raju along with other convicted in the corporate scam case on Thursday declared that they have become penniless on account of the multiple prosecutions launched against them by various agencies like the Enforcement Directorate (ED) and the consequent attachment of properties.

For this purpose, they have urged the Economic Offences Court (EOC) in Hyderabad to suspend the sentence and penalty and release them on bail till their appeals are heard.

The Economic Offences Court, which is also the VIII metropolitan sessions judge court, is scheduled to hear the appeals of all the ten convicts in a month’s time. On Thursday, it took up the applications seeking interim suspension of the sentence of Ramalinga Raju and company.

“If one deducts the holidays etc, he would have to spend another two and half years in jail to complete the remaining sentence. In the meantime, it would take at least four years for this court to complete the hearing and deliver its decision on the appeals. No relief can be granted to him at the end of this period even if he succeeds in the appeal because by that time, he would have completed his full jail term. Hence, the need to grant him bail,” Uma Maheswara said.

However, CBI counsel K Surender opposed any relief to Raju and Co on the grounds that what they had done is not some crime committed in a fit of anger.

“What they did for a decade is a carefully crafted criminal conspiracy with premeditated methods to dupe innocent investors,” he said.

Referring to the contention that Raju was rendered penniless on account of attachment of properties, special judge M Laxman inquired whether the prosecution has been able to identify the properties held by Raju.

Uma Maheswara quickly added that the CBI has erroneously attached some of the properties of third parties presuming that they were properties of Raju.

Several advocates for all the other convicts too, argued and urged the court to suspend the sentence, exempt them from paying the penalty and grant them bail.

The trial court earlier, imposed penalties on all the accused ranging from Rs 30 lakh to Rs 5 crore. The judge reserved his orders on the interim applications to Friday.
Â