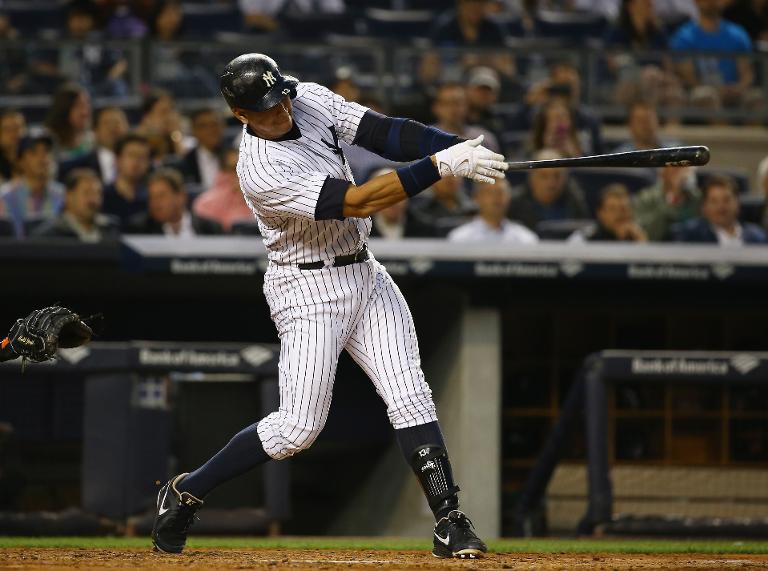 Rodriguez had matched Mays in dramatic fashion on May 1 at Fenway Park, home field of the Yankees arch-rivals the Boston Red Sox — with his first home run as a pinch-hitter.

He nearly moved ahead of Mays in the first inning on Thursday, but Baltimore Orioles outfielder Delmon Young robbed him of a home run with a nifty catch.

When he stepped to the plate in the third, A-Rod made certain, crushing a 1-1 offspeed pitch from Chris Tillman over the wall in center field for a homer that helped the Yankees to a 4-3 victory.

While the numbers show him passing Mays, Rodriguez said no one would ever truly surpass the “Say hey Kid,” a Hall-of-Famer who earned two National League Most Valuable Player awards in a 22-year career spent mostly with the New York and San Francisco Giants and finishing with the New York Mets.

“Nobody will ever pass Willie,” Rodriguez said. “What he meant on the field, what he meant to the culture.”

After Rodriguez rounded the bases on his seventh homer of the season, the Yankee Stadium crowd gave him a rare curtain-call.

Rodriguez has been gradually winning over fans since his return on Opening Day after serving a 162-game suspension for performance-enhancing drug violations linked to his role in the Biogenesis drug distribution scandal.

“I never thought I would be in position to be hitting home runs, hitting in the middle of the lineup and helping our team win. I’m very grateful.”

But A-Rod’s past has made his pursuit of Mays a controversial affair, with Yankees general manager Brian Cashman indicating that the club doesn’t plan to pay a $6 million bonus for the milestone homer because his history makes it “unmarketable”.

The Major League Baseball Players Association have said they would fight that decision on Rodriguez’s behalf, although he hasn’t said he would file a grievance.

The Yankees acknowledged Rodriguez’s homer with a brief tweet on their official feed.