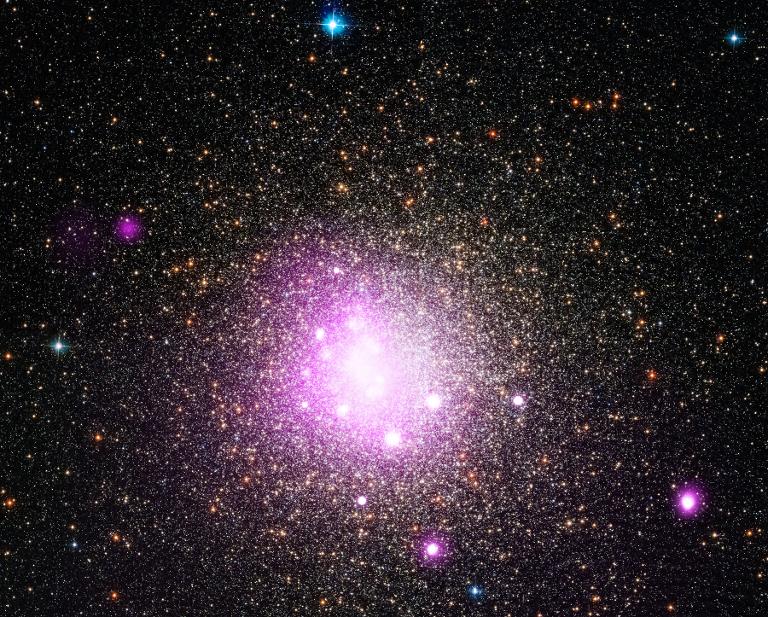 Large amounts of water may exist on numerous deep space bodies, said a study Thursday that raises the theoretical odds of another planet like Earth sporting the life-giving resource.

The findings, published by the Royal Astronomical Society, are based on the discovery of “a large quantity” of hydrogen and oxygen, the two chemical ingredients of water, in the atmosphere of a white dwarf star.

The find, based on observations by the William Herschel Telescope in the Canary Islands, revealed that the quantity of water found on Earth is not unique, said a statement by Britain’s University of Warwick, whose astronomers made the discovery.

“Water delivery via asteroids or comets is likely taking place in many other planetary systems, just as it happened on Earth,” it said.

“The research findings add further support to the possibility water can be delivered to Earth-like planets via such bodies (as asteroids and comets) to create a suitable environment for the formation of life.”

The white dwarf, an ageing star in decline, had once held water equivalent to about 30-35 percent of that found in Earth’s oceans, probably delivered in an asteroid impact.

“Our research has found that, rather than being unique, water-rich asteroids similar to those found in our solar system appear to be frequent,” said Raddi.

His colleague Boris Gansicke added: “There are many white dwarfs that hold large amounts of hydrogen in their atmospheres, and this new study suggests that this is evidence that water-rich asteroids or comets are common around other stars than the Sun.”

Last December, researchers said readings taken Europe’s comet orbiter Rosetta suggested that water on Earth was more likely to have come from asteroids that slammed into the planet billions of years ago, than from comets.

The atomic signature of water molecules from the comet were vastly different from water on Earth.