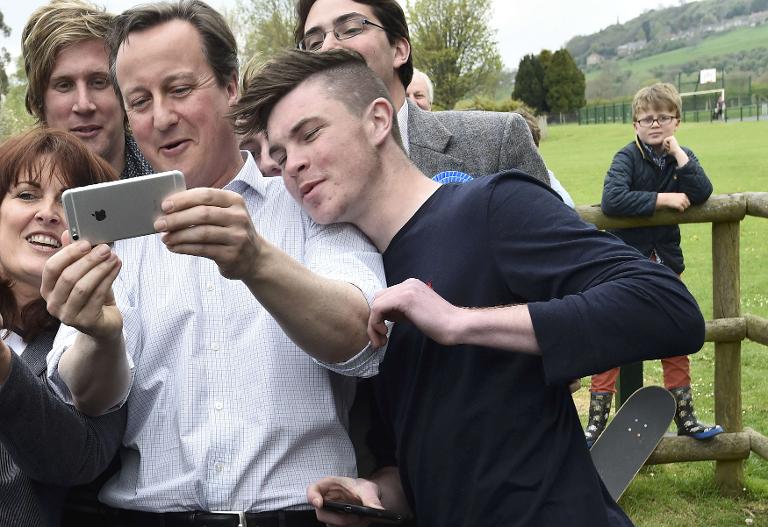 Election officials in Britain have warned voters not to share pictures taken of themselves in polling booths as they cast ballots on Thursday, warning that a “selfie” could land them in jail.

The Electoral Commission has said that while it is not illegal to take a selfie, sharing an image that showed — accidentally or not — how someone had voted would infringe rules on voting secrecy and could lead to a six-month prison sentence.

Instructions given to polling officials contained a section entitled: “‘Selfies’ in polling stations”.

“Given the risk that someone taking a photo inside a polling station may be in breach of the law, whether intentionally or not, our advice is that you should not allow photos to be taken inside polling stations.”

The manual suggested officials could choose to put up signs spelling out the directive and even prohibit the use of mobile phones in polling stations.

The relevant clause in the Representation of the People Act states that breaking secrecy rules in polling stations is punishable with a Â£5,000 (6,700 euros, $7,600) fine or six months in prison.

Some local officials have taken the warning to heart.

Preston City Council in northwest England posted a photo on its official Twitter account showing a sign pasted on a wall outside a polling station reading: “Take your selfie here (No photography inside)”.

Some tweeters appeared ready to take their chances, with “selfies” inside polling stations including by students at Sheffield University in northern England posting under the hashtag #sheffieldstudentsvote.