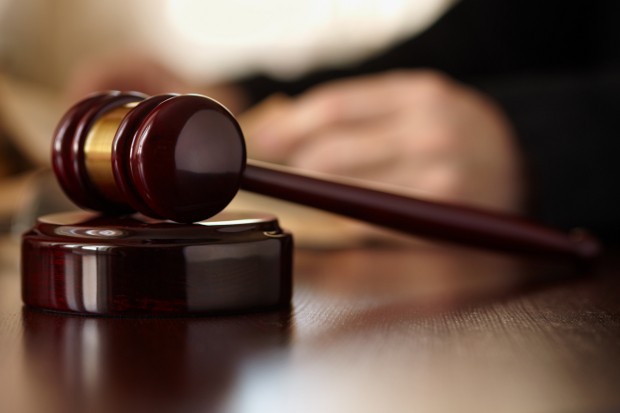 A Nebraska woman is suing every gay person on Earth and asking a federal judge to rule on whether homosexuality is a sin.

Identifying herself as an ambassador for God and Jesus Christ, a Nebraska woman has filed a federal lawsuit against all homosexual people on the planet for breaking â€œreligious and moral laws.â€

Sylvia Ann Driskell of Auburn argues in a seven-page, handwritten petition delivered to the U.S. District Court of Omaha that â€œhomosexuality is a sin and that the homosexuals know it is a sin to live a life of homosexuality,â€ according to the Lincoln Journal Star.Â

â€œWhy else would they have been hiding in the closet ?â€

The 66-year-old, who is representing herself in the lawsuit, cites Websterâ€™s Dictionary as well as a series of Bible passages in her letter, which is riddled with spelling and punctuation errors, the Omaha World Herald reports.Â

She challenges U.S. District Judge John M. Gerrard to not â€œjudge God to be a lier,â€ and slams gay people as â€œliers, deceivers and thievesâ€ in the case, filed simply as Driskell v. Homosexuals.

â€œI never thought that I would see a day in which our Great Nation or our Great State of Nebraska would become so compliant to the complicity of some people(â€™s) lewd behavior,â€ she notes. â€œIt is of the Lordâ€™s mercies that we are not consumed because his compassions fail not.â€

The court has not issued a summons for Driskell. Of course, that hasnâ€™t stopped a number of high-profile gay writers from sharing tongue-in-cheek responses to the lawsuit.

Steven Payne of The Daily Kos said he and his husband, Brian, would be â€œliquidating our assetsâ€ ahead of a legal ruling in the case, which he jokingly suggested is a matter for the Supreme Court.

â€œWe anticipate the restitution ordered to this woman will take us down to our very last penny,â€ he quipped.
Â