The movie world gears up for Cannes | Newsmobile
Wednesday, June 29, 2022

Home World The movie world gears up for Cannes 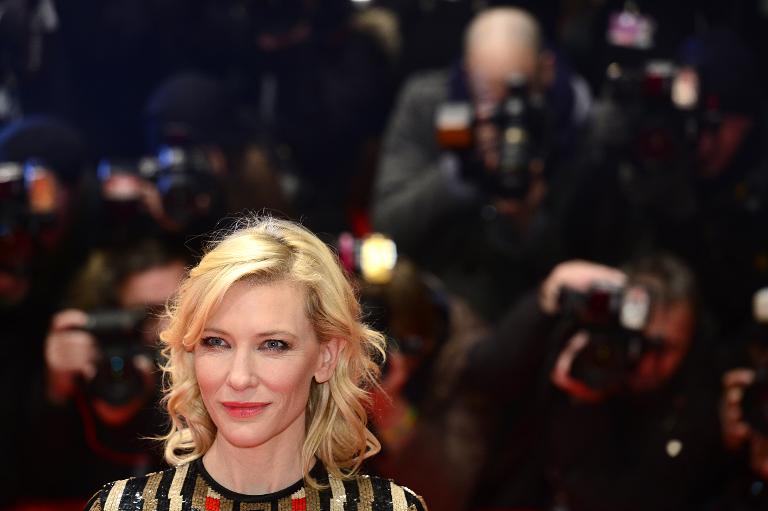 The Cannes Film Festival will next week lift the curtain on 12 days of glamour, movies, deals and parties drawing the elite of the cinema world, from Hollywood honchos to arthouse auteurs.

Under the Riviera sun — and high security — some of the industry’s biggest stars, directors and producers will be turning out to tread the red carpet during the May 13-24 event.

The Coen brothers, Joel and Ethan, will definitely be there, as co-presidents of the jury that decides the festival’s prestigious Palme d’Or prize. Other jury members include actors Jake Gyllenhaal, Sienna Miller and Sophie Marceau.

The movies in competition range from Hollywood-style fare, in the form of “Sicario”, about a CIA operation to bring down a Mexican drug lord, to Asian martial arts in “The Assassin”, to a Hungarian take on the Holocaust in “Son of Saul”.

Some out-of-competition projections, though, are more widely anticipated.

Among them is “Mad Max: Fury Road”, a sci-fi dystopian desert-carnage reboot of the franchise that made Mel Gibson famous, but which now stars British actor Tom Hardy.

Woody Allen’s latest, “Irrational Man”, is also awaited, as are the big budget animations “The Little Prince” and “Inside Out”, and Israeli-US actress Natalie Portman’s directorial debut, “A Tale of Love and Darkness”.

Gaspar Noe, an Argentine director who relishes shock cinema, will be showing his movie “Love” — suggested to be heavily pornographic, based on a movie poster he released online — in a midnight screening.

“Amy”, a documentary about British singer Amy Winehouse who died of alcohol poisoning in 2011 aged 27, will also be getting an out-of-competition midnight projection. Her family have condemned the film as “misleading” and disassociated themselves from it.

This year, Europe easily dominates the competition field, accounting for 11 of the 19 movies vying for the golden Palme. Most of those are from a new generation of filmmakers in France and Italy.

But perhaps one of the most telling changes seen in the Cannes entries is the predominance of English.

The global lingua franca is used in several of the productions, either as a way of reaching a broader audience or to adapt to international casts, blurring the national origins of some movies.

Two of the three Italian entries, “Youth” and “The Tale of Tales”, are in English, as are the sole Greek- and Norwegian-directed movies in competition, “The Lobster” and “Louder Than Bombs”.

Ironically, though, not a single British movie is on this year’s list, although Cannes festival director Thierry Fremaux said “Macbeth” — a retelling of Shakespeare’s tragedy directed by an Australian but starring German-Irish actor Michael Fassbender and French actress Marion Cotillard and filmed in Britain — effectively stood in for the UK.

For all of the hype surrounding the Cannes movie screenings, a lot of other activity will be going on at the festival through its market section, where backstage production deals and executive conferences are held and valuable contacts made.

A talk by Netflix chief content officer Ted Sarandos on May 15 will be a filled to capacity. The US film and TV streaming company is one of the new big players shaking up the cinema industry with its programming and unorthodox distribution.

One of the highest profile will be the annual Amfar soiree to raise funds for AIDS research. Sharon Stone will host the event with Natalie Portman and the Coen brothers, while Gyllenhaal, Milla Jovovich, Diane Kruger, Isabella Rossellini and Formula One racing champion Lewis Hamilton will attend.