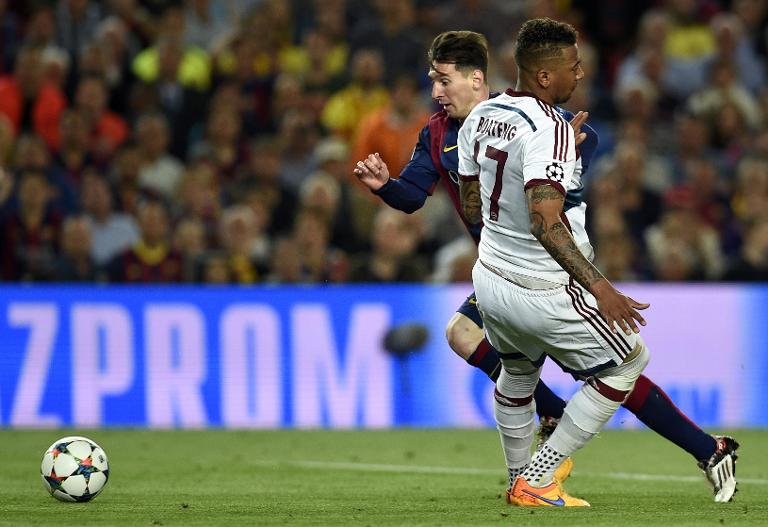 UK newspaper the Daily Mail wrote: “He may have won the World Cup, the Champions League and three league titles, but that does not exclude him from being ridiculed on the internet”.

“Internet wasn’t gonna let this slip #Boateng” posted one fan with a mocked up picture of Boateng prostrate on the Camp Nou turf with a child’s slide super-imposed behind him.

“Quick somebody call the Hague! We just witnessed a war crime,” wrote another.

“Watch it in slow motion and you can see the exact moment when Messi reaches over and takes Boateng’s batteries out,” tweeted freelance reporter Iain Macintosh.

“There has to be a description above ‘breaking ankles’ for what Messi did to Boateng there,” wrote Sports Illustrated’s senior writer Grant Wahl.

“Could take a while for Jerome Boateng to get those legs untangled… #Messi”, tweeted ESPN commentator Mark Donaldson.