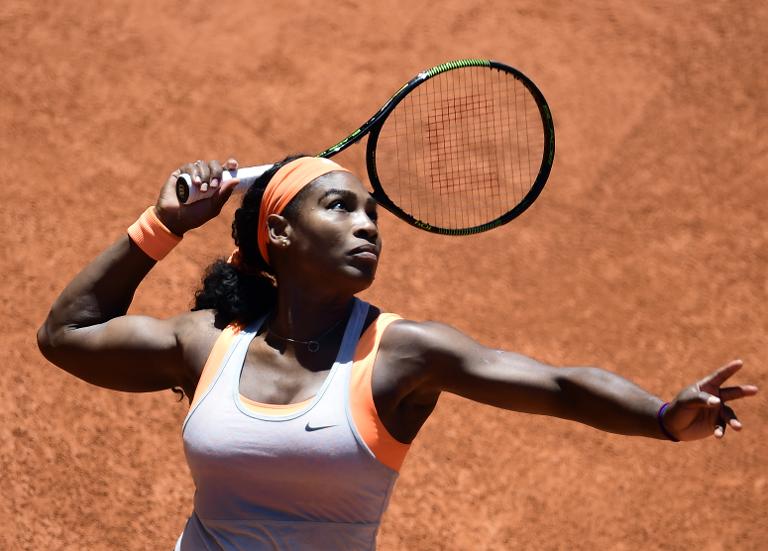 Serena Williams extended her unbeaten record this season to 24-0 as she swept aside Spain’s Carla Suarez Navarro 6-1, 6-3 to reach the semi-finals of the Madrid Open on Thursday.

Williams had to save three match points in overcoming two-time Australian Open champion Victoria Azarenka on Wednesday, but had no such trouble as she maintained her record of never having dropped a set against Navarro in their six meetings.

The 19-time Grand Slam champion complained that she had been far from ready for the clay court swing when struggling to victory over Italy’s Sara Errani in Fed Cup action last month.

However, Williams now believes that was the perfect preparation as she builds up for the French Open later this month.

“I definitely didn’t have an easy draw, and coming through so far has been really good.

“But I’m telling you, Fed Cup really helped me out. It helped propel me to the extra preparation that I needed.”

Defending champion Maria Sharapova also reached the last four for a third consecutive year with a 6-1, 3-6, 6-3 win over Caroline Wozniacki.

The Russian showed no ill effects early on from her marathon win over Caroline Garcia on Wednesday as she raced through the first set.

Wozniacki battled back to take the second set, but unlike in their previous two meetings at the US Open and the end of season finals in Singapore, it was Sharapova who emerged victorious in the decider to set up a semi-final meeting with either Lucie Safarova or Svetlana Kuznetsova.

“It’s obviously a tournament I want to do well in. I feel like it’s almost the beginning of my clay court preparation towards the French Open.

“These last couple of matches have been tough and I’ve gotten through, which I feel is good for me. I want to go as far as I can. Every match I can play on clay before the Grand Slam rolls around is really important.”

On the men’s side Thomas Berdych continued his impressive start to the clay court season as he marched into the quarter-finals with a 7-5, 6-2 win over Jo-Wilfried Tsonga.

Bulgaria’s Grigor Dmitrov also reached the last eight just as in the Monte Carlo Masters last month he disposed of Stanislas Wawrinka in the last-16 7-5 (7/5), 3-6, 6-3.