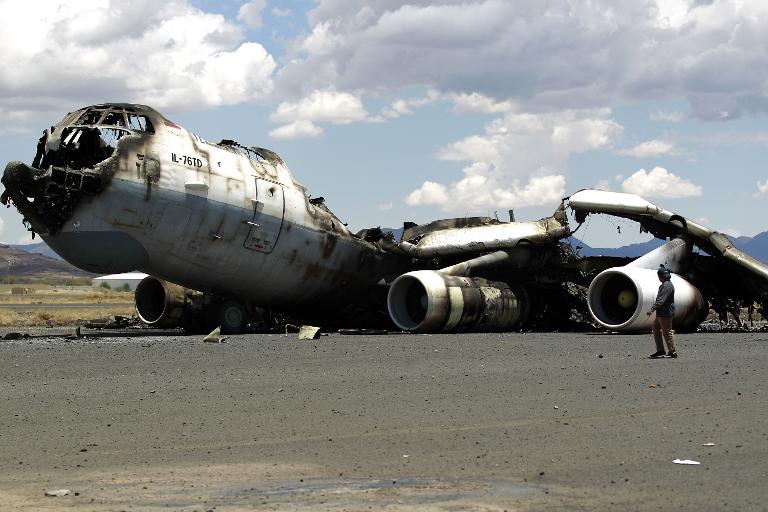 Saudi Arabia on Thursday proposed a five-day humanitarian ceasefire in Yemen after weeks of air strikes and clashes, with top US diplomat John Kerry urging Iran-backed rebels to accept the offer.

The Saudi-led bombing has failed to halt Shiite Huthi rebels in Yemen, and concern has been mounting over increasing civilian deaths.

Saudi Foreign Minister Adel al-Jubeir announced the ceasefire proposal after talks with Kerry, who described it as a “major opportunity” to ease the crisis.

Jubeir said he had informed Kerry of “the kingdom’s idea of a five-day ceasefire in Yemen to coordinate with international organisations to deliver aid to Yemen”.

But he said it would only apply “if the Huthis and their allies commit to this and do not carry out acts of aggression”.

A date for the ceasefire, “will soon be set,” he told a joint news conference in Riyadh with the US secretary of state.

“No bombing, no shooting, no movement or repositioning of troops to achieve military advantage,” Kerry said, adding the ceasefire could be renewable but rebels must meet those commitments.

“This ceasefire is conditioned on Huthis,” he said, appealing to the rebels and their backers “to use all their influence not to miss this major opportunity to address the needs of the Yemeni people and find a peaceful way forward”.

The call coincided with a renewed UN plea for a humanitarian pause in Yemen, where weeks of war have now killed more than 1,400 people and injured nearly 6,000 — many of them civilians.

“I repeat my call for a humanitarian pause, to be observed by all parties, to allow civilians to escape conflict areas and access basic services, and to enable humanitarian agencies to provide life-saving assistance,” said the UN’s humanitarian coordinator for Yemen, Johannes van der Klaauw.

Kerry said during his Riyadh talks there was no discussion about sending troops into Yemen, whose exiled government has appealed for action on the ground.

“We urge the international community to quickly intervene by land forces to save Yemen, especially Aden and Taez,” Yemen said a letter to the UN Security Council.

The Saudi-led coalition air strikes and weapons drops have been supporting fighters loyal to President Abedrabbo Mansour Hadi, who fled to Riyadh as the rebels advanced on his southern refuge in the port city of Aden where intense combat continues.

Hadi supporters are battling the Huthis, who have seized large parts of the country including Sanaa. The Huthis are allied with troops loyal to ex-president Ali Abdullah Saleh.

On Thursday he held talks with Hadi.

“The United States remains deeply concerned about the situation on the ground in Yemen and we fully support efforts to facilitate the unimpeded delivery of humanitarian aid,” said Kerry.

On Wednesday, 38 people were reported to have died while trying to flee Aden by sea.

A health official accused the rebels of killing the civilians and wounding another 95 in the shelling of a fishing harbour and a barge.

The UN’s van der Klaauw said he was “gravely concerned by reports coming out of Aden yesterday”.

As well as the growing civilian death toll from the air campaign and fighting, deliveries of fuel, food and medicine have been severely crippled in the impoverished Arabian Peninsula nation.

In Saudi Arabia the war hit home for a third day.

A Saudi helicopter gunship made an emergency landing in Najran, an official said, ruling out hostile fire.

Iran has dismissed as “utter lies” accusations it armed the Huthis but Jubeir said Tehran’s support for the rebels included weapons.

Kerry accused Iran of “destabilising actions” in the region, and said it should not be allowed to have a nuclear weapon.

He was seeking to reassure the Saudis over an international agreement being drafted to limit Iran’s nuclear capabilities in return for a lifting of sanctions.