Home Politics RaGa: Will the real Modi please stand up 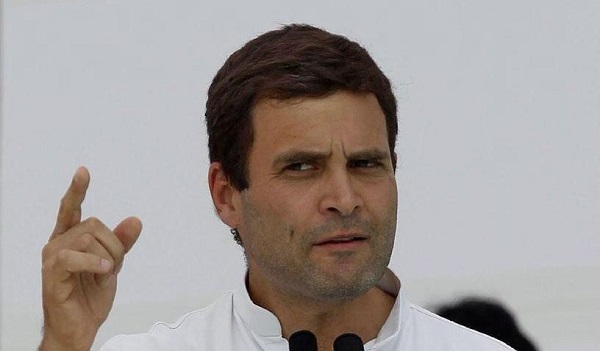 New Delhi: Congress Vice President Rahul GandhiÂ is on a roll. After spitting fire in the Parliament over three issues, he took on Modi, accusing him ofÂ practising the “politics of revenge and not change as promised” in the run-up to the national elections last year.Â

Gandhi attacked the Modi government for its decision to cancel his pet project — a food park–Â in his constituency Amethi in Uttar PradeshÂ in 2014.

“This food park will benefit the farmers. Please don’t scrap it,” he said.

“He (Modi) had said he is not here to do the politics of revenge, but of change. The promises made by a prime minister are the biggest in a democracy,” the 44-year-old leader said in Lok Sabha.

Defending the government, Home MinisterÂ Rajnath SinghÂ said the park was approved in 2010. “I assure to look into the matter,” he said.

The Amethi Mega Food Park project was billed to give employment to 40,000 youths in Amethi and surrounding districts. He is expected to raise questions in the Parliament on Thursday, regarding the plant, making it the first time when RaGa would be speaking about this.

Gandhi’s Lok Sabha constituency in Uttar Pradesh is being touted as the Centreâ€™s new focus — there are plans in the pipeline to develop Amethi as a smart city.

A town planner will be brought in for this and Amethi will be developed as a modern and high-tech city with wi-fi, uninterrupted power supply, good roads, high-tech disposal of the wastes and world class education system with a focus on employment for youth.

“This step of the Modi government may prove a boon to the Amethi people and they may discontinue their so-called affiliation with Nehru-Gandhi family,” said Daya Shankar Yadav, a district level BJP leader, hopefully, referring to the smart city plan.

Modi had made an election promise to build 100 smart cities by 2022. The plan, crucial to his ambition of attracting investment while providing jobs for millions, was cleared by the Cabinet last month.