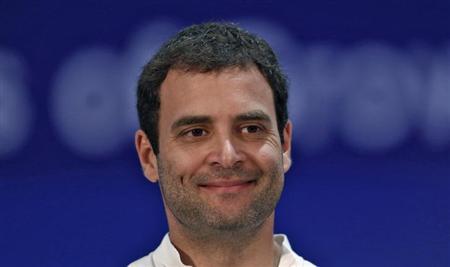 New Delhi: Even as Congress VIce President Rahul Gandhi is going all guns blazing with his oratory skills, there was some relief for him, as the Supreme Court stayed proceedings against him in a defamation case filed by RSS. It is to be noted that he had allegedly blamed the RSS for the assassination of Mahatma Gandhi.

“There shall be stay of further proceedings in a case pending before the trial court till the next date of hearing,” a bench comprising Justices Dipak Misra and PC Pant said.

The 44-year-old Congress leader had moved the Supreme Court seeking a stay on the Bombay High Court order dismissing his plea for quashing the defamation case against him.

This case was filed by RSS activist Rajesh Kunte before a magisterial court in Bhiwandi in Thane district of Maharashtra. It was alleged by the RSS activist that the Congress leader at a rally during last year’s Lok Sabha poll had saidÂ that a worker of the saffron outfit killed Mahatma Gandhi.

Following the complaint, the magistrate’s court had initiated proceedings and issued a notice to RaGa directing him to appear before it.

The Congress leader then approached the High Court seeking exemption from appearance and quashing of the complaint.