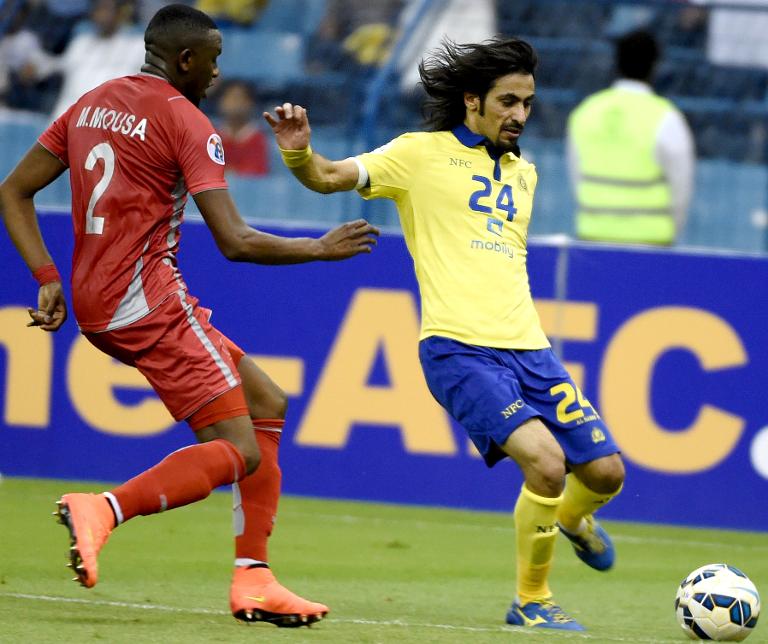 Qatar champions Lekhwiya advanced to the last 16 of the AFC Champions League with a comprehensive 3-1 win over Saudi Arabiaâ€™s Al Nassr on Wednesday.

The victory helped Lekhwiya win Group A with 13 points, while Iranâ€™s Persepolis claimed second spot with 12 after beating already-eliminated Bunyodkor of Uzbekistan 2-1.

Lekhwiya, who won both the Qatar Stars League and the Qatar Cup and are in line for a domestic treble if they claim the ongoing Emir Cup, went ahead through Yousef Msakni in the 27th minute, while Nam Tae-hee consolidated in the 32nd.

And although Hassan al-Rahab pulled one back for Al Nassr with a 36th minute strike, a Sebastian Soria penalty early in the second half saw Lekhwiya home convincingly.

Also in Group A, Persepolis piled on the misery for Bunyodkor who finished their group engagements with just one point from six matches.

Mohamed Noori gave the Iranians a 49th minute lead but Sardor Rashidov equalized in the 61st to raise Bunyodkorâ€™s hopes of a consolation win.

However, an own goal by Obid Djurabayev put paid to that as the Uzbeks crashed to their fifth defeat, 2-1.

In Group B, Al Ain thrashed Naft Tehran 3-0 with Omar Abdulrahman, Asamoah Gyan and Jires Kembo-Ekoko finding the target in the second half.

Earlier in East Asia, Gamba Osaka beat Seongnam FC 2-1 to reach the last 16 and dash the hopes of Buriram United, who went out despite thrashing Guangzhou R&F 5-0.

Takashi Usami and Brazilian striker Lins scored in the second half as the Japanese treble-winners came from a goal down against Seongnam to qualify top of Group F.

But Gambaâ€™s win was a heart-breaker for Thailandâ€™s Buriram, whose five-star display at their Thunder Castle stadium wasnâ€™t enough to earn them a place in the knock-outs.

On the final night of games in Group E, Jeonbuk Motors went through in style with a 4-1 win over Shandong Luneng, while already-qualified Kashiwa Reysol lost 1-0 to Binh Duong.

At Buriram, Guangzhou twice rattled the woodwork early on before Diogo opened the floodgates for the home side with an assured finish on 12 minutes.

Gilberto Macena fed his fellow Brazilian with a curling ball into the box which Diogo cushion-volleyed past Guangzhou â€˜keeper Zhang Shichang.

Chinese defending was suspect for Buriramâ€™s second, when Venezuelan centre-back Andres Tunez leaned into his marker to nod home a corner all too easily.

And Diogo pounced for his second seven minutes before half-time, when he was first to a loose ball and slapped his shot low and into the net to make it 3-0.

Buriram didnâ€™t stop after the break and Diogo completed his hat-trick before Macena got on the scoresheet with half-an-hour to go.

But there were grim faces in the Buriram dug-out when news arrived that, eight minutes from time in Osaka, Lins had scored the goal which would seal their elimination.

In Group E, Jeonbuk needed only a draw against Shandong but goals from Lee Jae-Sung, Kim Hyung-Il, Eninho and Edu showed that the 2006 winners mean business in the knock-outs.