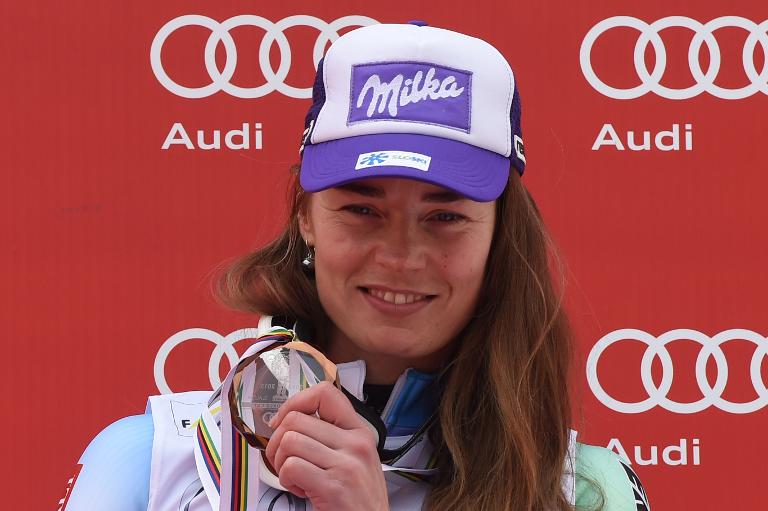 Two-time Olympic ski champion Tina Maze of Slovenia announced on Thursday she was taking a year off to consider the next step in her sporting career.

“After 16 long and successful seasons, practising all disciplines, I feel that my body and my mind need a longer rest than usual. I will allow myself a one-year break before taking any further decision,” the 32-year-old wrote on her Facebook page.

A four-time world champion, Maze has established herself as one of the world’s top skiers and as Slovenia’s most successful female athlete of all time.

She made history by becoming one of just six women to have won in all five World Cup events.

Her victories include two gold and two silver Olympic medals, as well as being the overall winner at the 2012/2013 World Cup title.

Maze had gone into the last event of the World Cup finals with a tight lead, but in the end Fenninger leapfrogged the Slovenian to the top of the overall standings with a 22-point advantage.

For her manager, Ralph Krieger, the decision to take a break was “entirely expected”.

“For the last three or four years, she has been placed under extreme pressure, she competed in all disciplines for 16 years career without any injury,” he told AFP.

“It is absolutely amazing that she held herself at the top for so long.”

Krieger does not rule out that Maze will eventually rejoin the races.

“I believe that she can successfully return to the top,” he said, but added that his protegee would only come back when “she will feel motivated and physically ready”.

Maze first started in a World Cup in Maribor, Slovenia’s second city, in 1999 and landed her first podium there three years later.

Beyond the slopes, the multilingual skier — who speaks Slovenian, English, German and Italian — has also tried her hand at singing, recording “My Way is my Decision” in 2012, and launched her own jewellery collection.

Known for being one of the hardest-working athletes on the circuit, Maze said she now planned to use her sabbatical to “finish my degree and give some of my time for… other projects that I have in mind”.