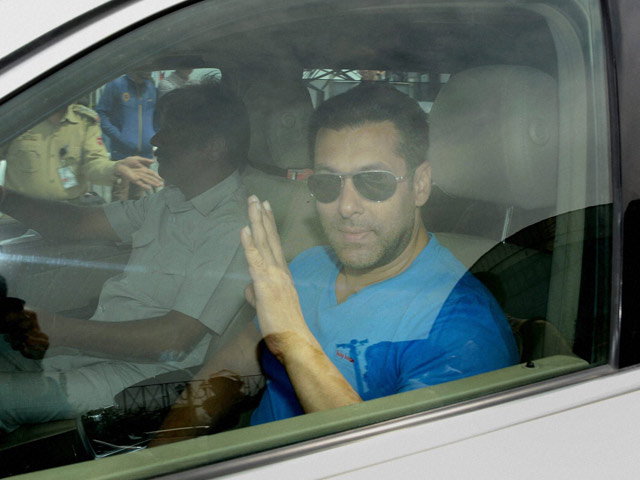 Mumbai: Troubles for actor Salman Khan seems to be mounting and showing no signs of giving him respite in the near future.

A Special Leave Petition has been filed in Supreme Court seeking cancellation of the bail given to the star by the Bombay High Court.

Salman, who has been pronounced guilty by a Mumbai Sessions Court of all charges in the 2002 hit-and-run case, was granted interim bail for two days in 2002 hit-and-run-case.

Additional Sessions Judge D.W. Deshpande had announced the verdict on May 6 at a courtroom in Mumbai, which left the the actor, his family and many Bollywood stars in a state of shock.

Salman, who is referred to as one of the most bankable stars in Bollywood, was sentenced for culpable homicide not amounting to murder.

The judge had held the actor guilty of rash and negligent driving when he was at the wheels of the Land Cruiser that killed the poor victim in suburban Bandra in September 2002.

“I am very happy,” she told the media. “Justice has been done. The law has been upheld.”

She said the long delay had given the impression that the rich could get away with murder in India, and that the moneyed were above the law.

Earlier on Wednesday, the actor was found guilty on most of the charges levelled against him in the incident.

His lawyers had pleaded for a lighter sentence, citing the actor’s social work as well as heart and other medical issues.

Salman is likely to be taken into police custody and sent to the Arthur Road Central Jail in south Mumbai.