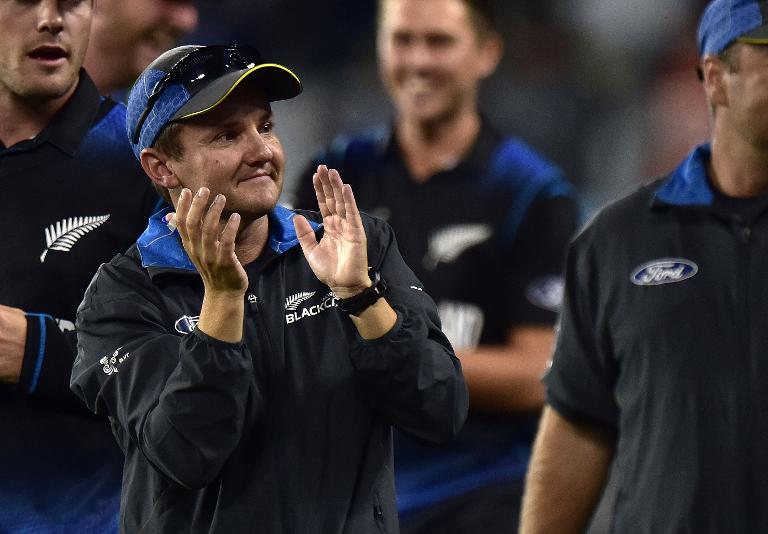 New Zealand coach Mike Hesson said he believed his side were worthy of longer series ahead of their two-Test campaign in England.

“Thatâ€™s something we are looking forward to and our administrators want to make it happen.”

A two-match contest is the minimum required to constitute a series by the International Cricket Council (ICC), the sport’s governing body.

“I think some of it has been performance, I think we’ve been down the pecking order in terms of our ranking,” said Hesson, whose side are now fifth in the standings to England’s fourth.

But New Zealand have won four and drawn two of their six Test series since losing 2-0 in England in 2013.

New Zealand, historically, have not tended to be viewed as a big ‘draw card’ by other countries and so have rarely played Test series longer than three matches.

But as on New Zealand’s last visit to the UK two years ago, Australia are also touring England this year.

With administrators in England and Australia adamant the Ashes must be played over a ‘full’ five-Test campaign and English officials believing anything more than seven Tests in a home season is not a practical option, New Zealand face another two-Test series.

“Often, England have two (incoming) tours and we get the early one. We tend to be a bit of an entree to the Ashes, it seems to be the way we’ve been used in the past,” said Hesson.

Indeed the last time New Zealand played a four-Test series against England was when they won 2-1, with one draw, in England in 1999.

And the only five-match campaign involving the two nations came back in 1958 when an England team captained by Peter May won 4-0 with one draw.

Now New Zealand will face an England side who were recently held to a 1-1 draw away to a West Indies team labelled “mediocre” by incoming England and Wales Cricket Board chairman Colin Graves.

But Hesson said whatever their opponent’s problems, winning a series in England would still be a landmark achievement

“We’ve won four Test matches here (England) in our history, so to win a series would be huge.”

New Zealand have revelled in the role of underdogs, but their run to the World Cup final, which included an eight-wicket thrashing of England, has changed perceptions.

“The country have got behind us in all forms of cricket, weâ€™ve ridden the wave really, the public support in the last six months has been really amazing,” said Hesson, whose side lost to co-hosts Australia in the final.

“Thereâ€™s definitely an expectation which we probably havenâ€™t had a lot of. We found that out in the World Cup. If we won a game, if you didnâ€™t win it well you got criticism, whereas in the past we were just happy winning.

“Weâ€™ve got more of a following at home and an expectation that we perform over here.

“What that means, I guess we’ll find out in the next month.”