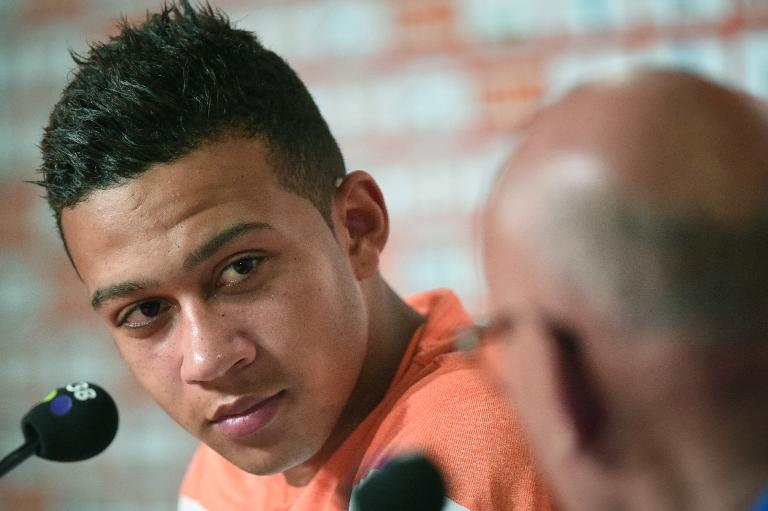 “#mufc has reached an agreement with PSV Eindhoven and Memphis Depay for the player’s transfer, subject to a medical,” United announced on their official Twitter account.

“Pending the successful completion of the medical, the deal will go through once the transfer window opens in June.”

Depay, who has scored 49 goals in 122 appearances for PSV, will reportedly cost United around Â£25 million ($38 million, 33.6 million euros). United did not disclose the length of his contract.

If the deal goes through, Depay will become United’s first signing of the 2015 close season. He is expected to remain available for PSV’s two remaining games of the season.

In a post on his Instagram account, Depay wrote: “I always say; Dream, Believe, Achieve. I was dreaming and believing of becoming the champions of the Eredivisie with @PSV and we achieved it.

“I’m extremely grateful towards PSV, all the fans, (sponsors) @underarmour and @segfootball for believing in me. Now it’s time to set my goals again on winning trophies with @ManchesterUnited.”

Dutch champions PSV confirmed that a deal had been agreed, stating on their website: “PSV and Manchester United have reached an agreement for the transfer of Memphis to the English club.”

United are currently in fourth place in the league and on course for Champions League qualification, but they have struggled for goals this season.

Wayne Rooney is the club’s top scorer with 14 goals in all competitions and Robin van Persie, Depay’s international team-mate, is the only other player to have reached double figures, having found the net 10 times.

Colombia striker Radamel Falcao has struggled since joining on loan from Monaco in September, scoring only four times, and is expected to return to his parent club at the end of the campaign.

Depay, who is also reported to have attracted interest from Liverpool and Paris Saint-Germain, will be expected to help in that department, having scored a league-high 21 goals as PSV claimed this season’s Eredivisie title.

A quick, tricky wide forward, he typically plays on the left, which enables him to cut inside and shoot or cross with his favoured right foot. He also poses a threat from direct set-pieces.

“Memphis … played an important role in PSV’s victory in the First Division this year. He’s taking a great leap to a brilliant club and into a brilliant league.

“Of course we’re losing a fantastic player who has been of great value to the team. But all of PSV supports this wonderful move.”

Depay, a graduate of PSV’s youth system, is the fourth player to join United from PSV after Jaap Stam, Ruud van Nistelrooy and Park Ji-sung, all of whom became fan favourites at Old Trafford.