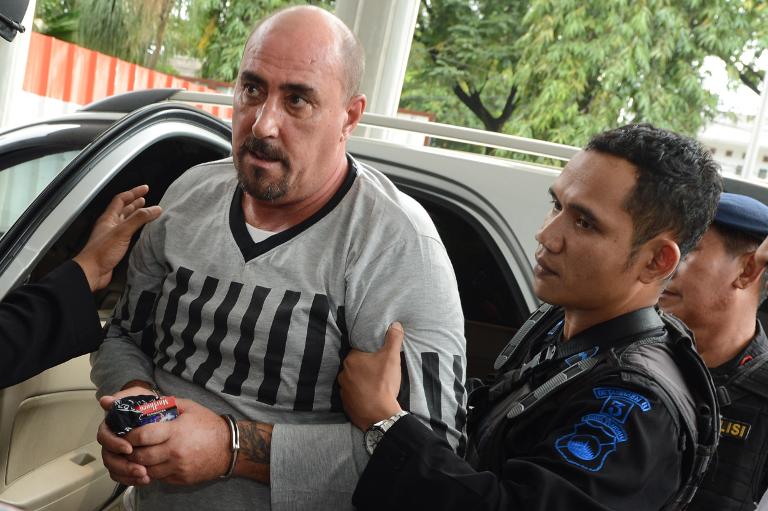 An Indonesian court on Thursday postponed the start of an appeal by a Frenchman on death row to next week, indicating the country’s slow-moving justice system could delay his execution for some time yet.

Serge Atlaoui, 51, had been due to face the firing squad with seven other foreign drug convicts last week but was removed from the list after authorities agreed to let an outstanding legal appeal run its course.

It was due to start at the Jakarta State Administrative Court on Thursday, however judge Ujang Abdullah adjourned the case to next Wednesday after Atlaoui’s lawyer failed to attend as she was ill.

In the appeal, Atlaoui, a welder, is challenging President Joko Widodo’s decision to reject his request for clemency, claiming the Indonesian leader did not properly consider his case.

A plea for presidential clemency is typically a death row convict’s final chance to avoid the firing squad.

The latest legal bid is widely expected to fail — an appeal filed in the same court by two Australian traffickers was rejected, and the pair were among those put to death last week.

However the Australians’ appeal took weeks to resolve due to repeated delays.

Following Thursday’s adjournment, a French diplomatic source told AFP: “The Indonesian legal process is following its usual course and that could take some time.”

France stepped up pressure on Indonesia in recent weeks to abandon plans to put Atlaoui to death, with President Francois Hollande warning of “consequences” if the execution goes ahead.

Atlaoui was arrested in a 2005 raid on a secret drug laboratory outside Jakarta. He has maintained his innocence, claiming that he was installing machinery in what he thought was an acrylics plant.

However, police say he was a “chemist” in the drugs factory.

Indonesia’s execution last week of seven foreign drug convicts — two from Australia, one from Brazil, and four Nigerians — sparked a firestorm of international anger, with Canberra recalling its ambassador from Jakarta.

British grandmother Lindsay Sandiford, 58, is also on death row in Indonesia and said last week she feared her execution could be imminent and had started writing goodbye letters to family.

Widodo has insisted he will not change course on the death penalty, as Indonesia faces an emergency due to rising narcotics use.