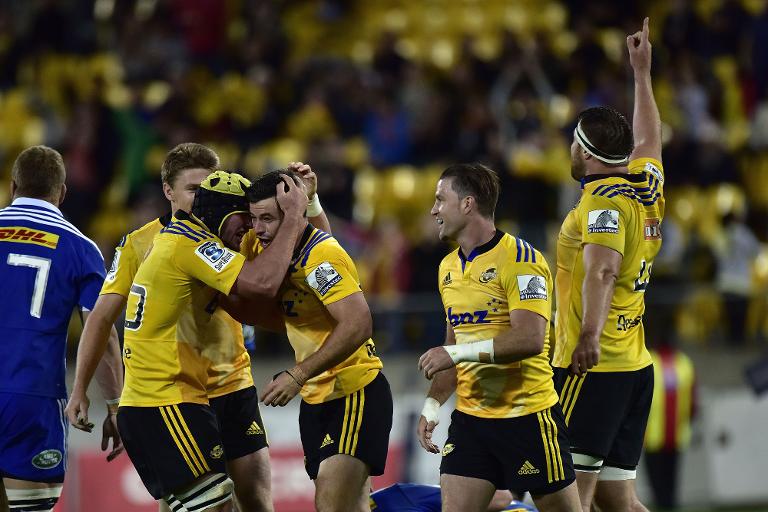 The Hurricanes, who lead the Chiefs by five points in the New Zealand conference and are nine points ahead of South Africa’s Northern Bulls in the overall standings, will also be without record points scorer and fly-half Beauden Barrett who is sidelined for a month with a knee injury.

Coach Chris Boyd said he has elected to hand winger Savea and scrum-half Perenara a break under the rest requirement for All Blacks players in this World Cup season.

The duo are among six changes from the side that beat the seven-time champion Canterbury Crusaders 29-23 last weekend.

On the upside, No.8 Victor Vito returns from a calf injury which has kept him out of the past three games.

“The Hurricanes are a team on an absolute high at the moment, their performance against the Crusaders was outstanding,” Sharks director of rugby Gary Gold said.

“This is probably going to be a big challenge for many of our players at this moment in time, with our backs against the wall.”

The Bulls also have the weekend off, enabling the Western Stormers the opportunity to leapfrog them back to the top of the South African conference if they can get a bonus-point win over Australia’s ACT Brumbies in Cape Town on Saturday.

The Brumbies, who lost to the Waratahs at home last weekend, have a good record at Newlands with four wins and a draw in their last seven visits.

Rory Arnold and Nic White return to the Brumbies starting side.

First-choice scrum-half White has been out for the past month after suffering an ankle sprain at training.

“It’s a crucial week for both our seasons. The winner gives themselves a chance at finals while the loser will have a hard time from here on in,” White said.

All Blacks captain Richie McCaw has recovered from a head knock and is expected to make his final home appearance for the Canterbury Crusaders in Christchurch for Friday’s match against the Queensland Reds.

The 34-year-old flanker has indicated this will be his final season and with fly-half Dan Carter set to leave for France after the World Cup, this is likely to be the two All Black greats’ final home game for the seven-times Super Rugby champions.

The Crusaders are struggling to make the play-offs for the first time since 2001 after losing to the Hurricanes last week, while the Reds are having a poor season with just two wins from 10 games.

Powerful winger Taqele Naiyaravoro replaces Peter Betham for the Waratahs’ match with the Western Force in Perth on Saturday.

The Fiji-born Naiyaravoro hasn’t started since failing to travel to New Zealand to play the Hurricanes last month because of visa restrictions.

The Waratahs are just one point behind the Brumbies in the Australian conference and poised to jump into the top three if they beat the Force and the Canberra side slip up in Cape Town.

The Force are on the bottom of the standings following a 10-match losing run, but they have won their past two games against the Waratahs.

In other games, the Rebels host the Auckland Blues in Melbourne and the Golden Lions face the Highlanders in Johannesburg. South Africa’s Central Cheetahs also have a bye.