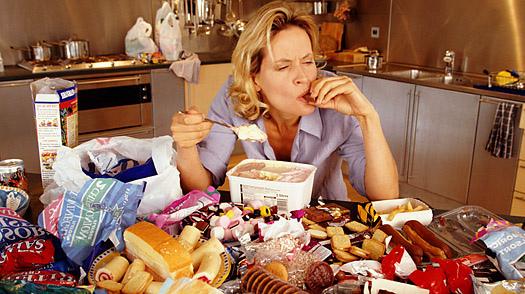 Washington: If you reduce the visibility of food around your house, chances of your family members turning obese may just reduce, suggests a new study.

The Ohio State University researchers have identified two seemingly unrelated but strong predictors of obesity: having low self-esteem related to one’s weight and keeping food visibly available around the house, outside the kitchen.

In the study, people who were obese kept more food visible throughout the house and generally ate less-healthy foods, such as sweets, than nonobese research participants. The two groups spent about the same amount of money on food and reported eating similar amounts of total calories, but nonobese participants spent less on fast food than did obese individuals.

Lead author of the study professor Charles Emery said that the amount of food in the homes was similar, but in the homes of obese individuals, food was distributed in more locations outside the kitchen, that speaks to the environment being arranged in a way that may make it harder to avoid eating food.

Though the statistical modelling identified predictors of obesity status, the predictors shouldn’t be considered causes of weight problems, Emery said. “We’re painting a detailed picture of the home environment that two different groups of people have created.

Whether that environment contributed to obesity or obesity led to the environment, we don’t know.”

The study is published in the International Journal of Obesity.Â