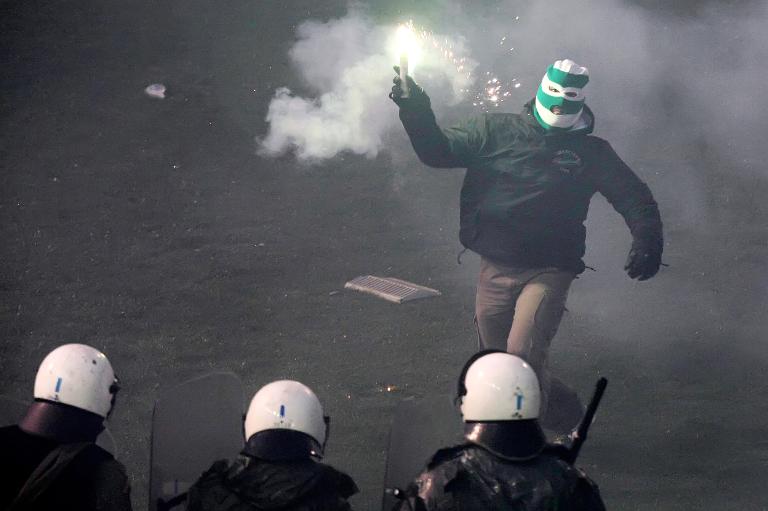 The Greek parliament on Thursday voted into law a controversial bill to curb violence in domestic sports after bowing to pressure for changes from football governing bodies UEFA and FIFA.

“Yes, there were last minute changes and the bill is a first step in solving the problem of violence in sports,” said Sports Minister Stavros Kontonis at the end of the two-day debate in parliament which was followed by a vote in which 146 of 243 deputies approved the bill.

“We gave a three-month battle and we are satisfied with the result.”

European governing body UEFA together with world body FIFA had warned Greece that amendments focusing on the right of the government to intervene with the affairs of the country’s football federation would not be tolerated and would lead to the federation’s suspension.

Opposition political parties also criticised the leftist government during the debate for trying to interfere with professional football in Greece.

“Our objective was not to exclude our teams from international competitions but to bring order,” Kontonis said.

The new legislature also introduces guidelines for the use of security cameras, electronic ticketing, heavy fines to media outlets for showing or inciting violence and prison terms for individuals from unofficial supporters clubs for issuing tickets.

The bill also calls on referees to submit financial statements of their wealth to the relevant authorities.