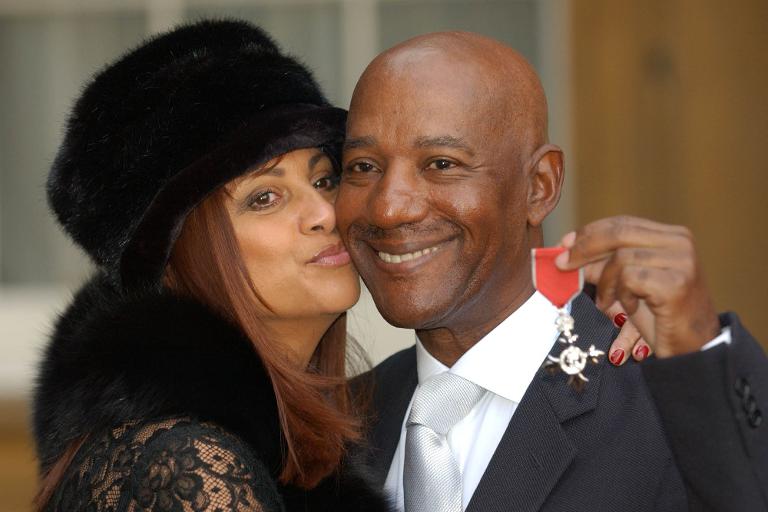 Errol Brown, an early black British star whose funky numbers with Hot Chocolate such as “You Sexy Thing” became sensations in the disco era, died Wednesday. He was 71.

Brown, who was born in Jamaica but spent most of his life in Britain where he was given a knighthood for his cultural contributions, died at his home in The Bahamas from liver cancer, his manager Phil Dale.

Dale called Brown “a wonderful gentleman” and “lover of life” who was constantly writing new songs.

“I never went into his home, car or a hotel room without music playing,” Dale said.

Brown became a pop star almost by accident after he and friend Tony Wilson, a songwriter who became co-founder of Hot Chocolate, decided in the late 1960s to make reggae versions of hits of the day.

The fledging band recorded a reggae rendition of “Give Peace a Chance,” but the producer objected and said the band needed permission from top singer-songwriter John Lennon.

Stunning the then unknown musicians, their cover song found its way to an approving Lennon who helped the band sign to the Beatles’ Apple Records, although Hot Chocolate soon moved to another label as the Fab Four were splitting up.

“I never grew up wanting to be a pop star; I never grew up interested in performing music at all,” Brown told Britain’s Telegraph newspaper in 2009 on a final tour.

Hot Chocolate became a rare black British act to achieve commercial success in the 1970s, and the band’s danceable numbers enjoyed a spike in popularity as disco came into vogue.

The band put out hits each year through the mid-1980s including “You Sexy Thing,” Love is Life” and “Emma.”

The band did not shy away from tackling race. The 1973 song “Brother Louie” confronted the taboos of interracial dating.

“She was black as the night / Louie was whiter than white / Danger, danger, when you taste brown sugar,” Brown sang.

A cover version by the New York band Stories went to number one in the United States, but the song was toned down for the American audience with racially charged spoken dialogue taken out.

Brown said that the song reflected his experience as a young black man in England who would date across racial lines.

“There’d be times when you’d meet the girl around the corner, because the parents weren’t too happy about her hanging out with you,” he told Blues and Soul Magazine.

In contrast to many pop stars, Brown supported the Conservative Party and performed a cover of Lennon’s anti-war anthem “Imagine” before the party’s 1984 convention for Margaret Thatcher.

He also sang at the pre-wedding party of Prince Charles and Diana at Buckingham Palace in 1981.

Born in Jamaica, then a British colony, Brown never knew his father and his mother soon left for England, placing him in the care of his aunt.

He later said that his story-telling style and his many subjects for songs came from his difficult childhood.

“When you don’t have a solid family base, that does all impact on your emotional character,” he told Blues and Soul Magazine.

At age 12, Brown joined his mother in Britain where he discovered the louder, rock sound of the Beatles and the Rolling Stones.

Despite winning sex symbol status with his on-stage persona and often suggestive lyrics, Brown was said to be uninterested in the rock and roll lifestyle and was married for around 35 years to his wife Ginette, who survives him along with two daughters.

Brown went solo in 1985 and achieved modest success with songs such as “Personal Touch,” although he never achieved the same fame as with Hot Chocolate.