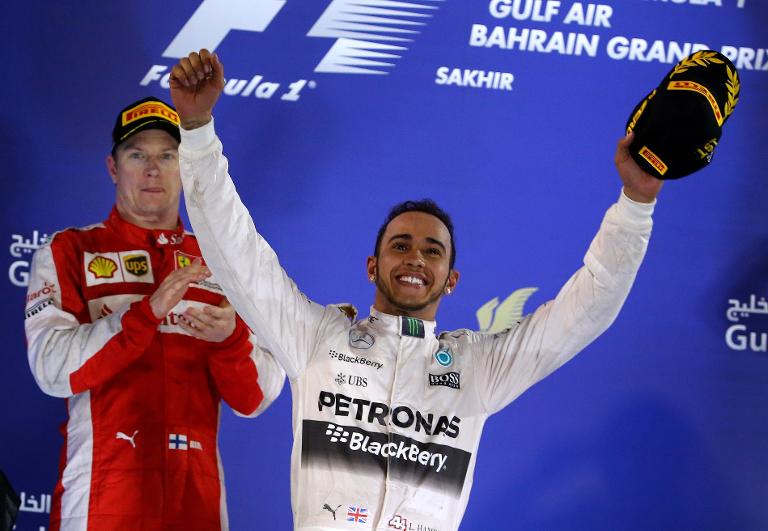 Defending world champion Lewis Hamilton seeks to build on his 27 points lead in this year’s title race with another victory for Mercedes at the Spanish Grand Prix this weekend.

After three wins in four races, the 30-year-old Briton has built a strong early defence of his crown in near-flawless fashion that has left his rivals trailing and many paddock observers lost in admiration.

Earlier this week his Mercedes team director three-time champion Niki Lauda said he felt the Englishman was driving like a man “from another planet.”

That may also be how his one-time teammate and local hero Fernando Alonso feels as he returns to compete on home soil looking for his first race win in two years after leaving now-resurgent Ferrari for the struggling McLaren-Honda outfit.

While Hamilton’s Mercedes teammate and championship rival Nico Rosberg bids to match the leader in equal machinery, Alonso will be in forlorn pursuit.

He will merely hope for a points finish behind Ferrari, Williams and the rest while his successor in the scarlet scuderia, four-time champion Sebastian Vettel looks for his second win this year.

Rosberg will he hoping he can translate his speed from pre-season testing at the Circuit de Catalunya into a winning performance for the first time since last year’s Brazilian Grand Prix and so prevent Hamilton’s juggernaut-like run of triumphs.

Mercedes team chief Toto Wolff has no doubt that Rosberg can mount a serious title challenge, despite appearing well beaten in four successive qualifying sessions and races this year.

“If you look at their performances in qualifying in China, for example, there were just four-hundredths between them,” said Wolff.

“That is not someone who is clearly beaten. That is a tiny little edge, which was enough for Lewis to make it on pole and control the race.

“It could have been completely different if Nico had been on pole. Nico wouldn’t be in Formula One as a multiple race winner and a challenger for the championship if he allowed himself to be destabilised after a few races.”

For Wolff, Mercedes and Hamilton, however, the most serious threat to their supremacy appears to be likely to come from Ferrari, reinvigorated this year after a management shake-up and the arrival of Vettel.

“I think it could go to the wire with Ferrari,” he said.

If it does, as many others forecast, it may signal a continued long period of winless frustration for Alonso and his McLaren team-mate Jenson Button.

Recent rumours have suggested Alonso may even contemplate retirement to escape the spectre of two winless years, though his official comments issued by McLaren suggest that he remains sufficiently optimistic to rekindle his enthusiasm and form.

“I’m incredibly happy to be heading back to Europe, to my home country and racing in front of the loyal Spanish fans,” said Alonso.

“We’ve taken some useful steps forward during the flyaway races and I’m looking forward to getting back in the car after the three-week break and continuing our push.

“We are seeing improvements race by race and I want to ensure that we maintain this consistency throughout this weekend.”

So severe were the problems with Button’s car in Bahrain three weeks ago, the 2009 champion did not even start the race.

That will be his minimum ambition this weekend at the 4.655km track where McLaren hope to re-boot their season and where all of the teams will arrive with upgrades for their machines.

The focus will be on Hamilton, but not only for his driving.

He has yet to sign a new contract with the team and stubborn speculation has linked him with a possible sensational move to Ferrari.

A Hamilton win and his signature on a new deal will be the double target Wolff and Mercedes.