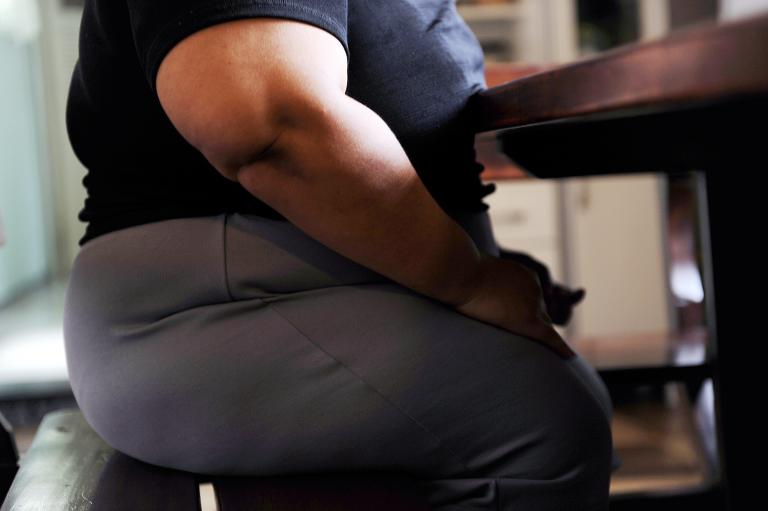 Ireland’s growing weight problem is linked to a range of causes including generations of over-eating following historic poverty, experts said Thursday, after a study indicated it would become one of Europe’s fattest nations.

World Health Organization (WHO) statistics Wednesday indicated that, on current trends, 89 percent of Irish men are likely to be overweight by 2030 and 48 percent obese.

Among women, the figure was 85 percent overweight and 57 percent obese.

While obesity is a problem in many European countries, experts suggested there could be some elements particular to Ireland.

One of country’s leading experts on obesity, Donal O’Shea, said the problem was bigger than “cholera was back in the 1800s or HIV/AIDS in the 1980s”.

“In the 1940s and 1950s, we were more underweight than most European countries,” added O’Shea, who co-chairs the Royal College of Physicians of Ireland Policy Group on Obesity.

“Then we caught up through the 60s and 70s. At the time it was considered progress and affluence and it got ingrained in the culture… but we didn’t level off when we got to normal weight.”

O’Shea also highlighted a lack of physical activity and love of junk food among many young people.

“We’re a younger country than most other European countries so when we were expanding in terms of housing and development, we didn’t do it with built environments that encourage cycling or walking to school,” he added.

“Now we have to play massive catch-up”.

– ‘Eating themselves to death’ –

People with a BMI (body weight index, a ratio of weight to height) of 25 and higher are classified as overweight, and 30 and over obese.

Obesity is a preventable condition mainly caused by lifestyle factors and is a growing cause of disease and disability around the world.

“It’s part of a wider trend across Europe,” Laura Webber of the UK Health Forum, one of the authors of the research, told Irish radio.

“There’s no one reason for it. We are living in an increasingly obese environment where itâ€™s a lot easier to eat too much and move too little and that needs addressing.”

Ireland’s Department of Health has made tackling obesity a priority and will publish a policy framework later this year.

The Department, meanwhile, has urged caution in interpreting the data due to be presented today by the World Health Organization at the European Congress on Obesity, saying they are based on many sources, some subjective, and are not necessarily directly comparable.

But health advocacy groups have called for greater urgency, including the introduction of taxes on sugary drinks and banning vending machines in schools and food marketing to children.

Maureen Mulvihill of the Irish Heart Foundation said there had been little progress in recent years and that “really the time for action and prevention was 10 years ago.”

“The Irish are eating themselves to death,” she added.

Karl Henry, a leading Dublin personal trainer who is a household name through his involvement in a fat-fighting TV programme Operation Transformation, said he was not surprised by the forecasts.

Operation Transformation, which follows five people as they attempt to lose weight, is a TV sensation in Ireland attracting hundreds of thousands of viewers each week.

“The numbers shows people are receptive and want to change,” Henry added.