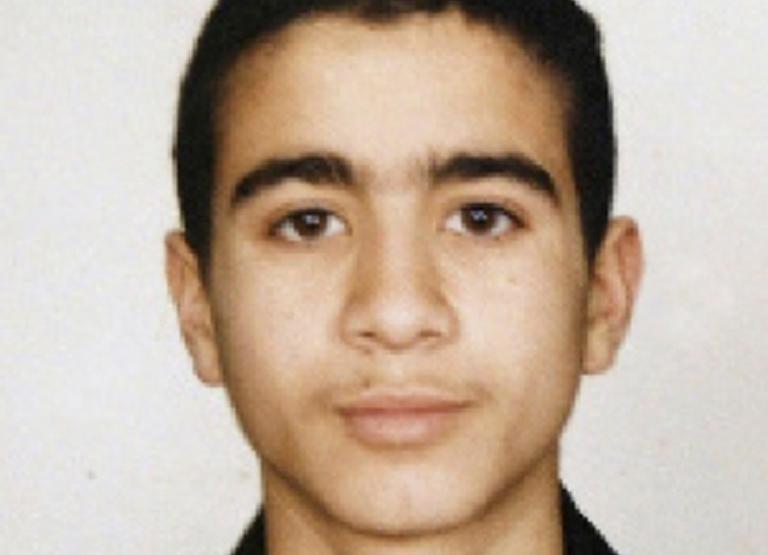 A Canadian appellate court released former Guantanamo detainee Omar Khadr on bail Thursday, rejecting the government’s attempt to keep him in prison while he fights a US conviction for murdering an American soldier.

“You are free to go,” Alberta Court of Appeal Justice Myra Bielby was quoted by Canadian media as saying to Khadr, who has spent the last 13 years behind bars, most of it at the US prison in Guantanamo Bay, Cuba.

Khadr smiled as the courtroom erupted in screams after the judge issued her decision, those present said.

“It’s going to be a major adjustment for him, but I’m sure he’s up for it,” one of his defense lawyers Nathan Whitling said outside the Edmonton, Alberta courthouse.

Khadr’s bail conditions include restrictions on his movements, electronic monitoring and putting up a Can$5,000 (US$4,100) guarantee.

He was expected to go with another of his longtime lawyers, Dennis Edney, to live with him and his wife at their home in Edmonton.

The couple have also offered to pay his tuition at a local Christian college.

“My wife has been cleaning the house for weeks (in anticipation of Khadr’s release),” Edney said.

“She’s gone out and bought clothes for him. She has even stolen some clothes off my oldest boy who is in Asia thinking that they will fit (Khadr). She has every intention of giving him a good family meal (tonight).”

On Friday, Khadr will speak to the media for the first time, he added.

Edney said that since being “picked up and put in a hell hole in Guantanamo,” Khadr “has never been out, never smelled the fresh air or the trees.”

Toronto-born Khadr was 15 years old when he was captured on an Afghan battlefield in 2002 and sent to the US prison in Cuba.

In 2010, he was sentenced to eight years following a US military hearing in which he agreed to plead guilty to murdering a US soldier in violation of the laws of war, attempted murder, conspiracy, providing material support for terrorism and spying.

As part of the agreement, he was sent home to Canada in 2012 to serve the remainder of his sentence.

The Court of Queen’s Bench of Alberta granted the now 28-year-old bail last month pending the outcome of an appeal of his war crimes conviction before a US special military court.

But that was delayed while the Crown sought an emergency stay of bail.

Khadr’s lawyers had argued that Khadr had the right to request release the same as any other prisoner.

The Crown also noted that Khadr waived his right to seek early release as part of a plea agreement with US authorities.

However, Khadr has said he only agreed to the deal in order to get out of Guantanamo, where he was the youngest prisoner.

In her decision, appellate court judge Mira Bielby rejected the government’s arguments that Khadr was dangerous and that releasing him would jeopardize the pending transfers of an estimated 300 other Canadian prisoners from foreign jails.

“We are disappointed with today’s decision, and regret that a convicted terrorist has been allowed back into Canadian society without having served his full sentence,” Public Safety Minister Steven Blaney said in a statement.