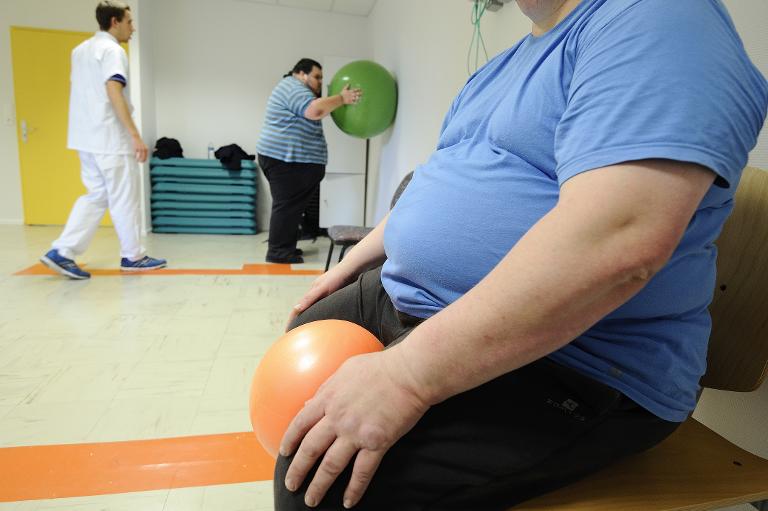 Nearly all adults in Ireland — one of Europe’s fattest nations — will be overweight by 2030, the European Congress on Obesity in Prague was told.

“Even in countries with a traditionally lower prevalence of obesity such as Sweden, obesity rates are predicted to rise sharply,” said a statement issued by congress organisers.

“The data highlight a serious problem for many countries.”

The ballooning burden of overweight and obesity, a preventable condition mainly caused by lifestyle factors, is a growing cause of disease and disability around the world.

According to WHO statistics, obesity has more than doubled since 1980, with up to 600 million adults affected in 2014.

More than 1.9 billion people, 39 percent of all adults in the world, were overweight.

Among children younger than five, 42 million were overweight or obese in 2013, according to the WHO, which has as a stated goal to halt the rise in obesity by 2025.

More of the world’s population now lives in countries where weight and obesity kills more people than famine.

People are classified overweight if they have a BMI (body weight index, a ratio of weight to height) of 25 and higher, and obese from a BMI of 30.

The new research underlines that Europe “will face an obesity crisis of enormous proportions by 2030,” said the research, which covered 53 countries in the WHO’s Europe region.

Of Irish women, 85 percent are likely to be overweight and 57 percent obese by 2030, up from 57 percent and 23 percent respectively.

Sixty-four percent of UK women and 74 percent of men will be overweight in 2030.

In Greece, the proportion of obese men and women will more than double from 20 percent to about 40 percent, while in Spain obesity in women is set to rise from 16 percent in 2010 to 21 percent in 2030, and in men from 19 percent to 36 percent.

But Joao Breda, of the WHO’s regional office for Europe, stressed Wednesday that “action taken today can prevent these predictions from becoming reality”, with a few countries already showing a flattening trend.

The Dutch are among the thinnest in Europe, and the Netherlands one of few countries with a downward obesity projection.

For women, overweight rates are projected to drop from 44 to 43 percent, and obesity from 13 to nine percent, said the statement.

Last November, a study in The Lancet Oncology said excess weight and obesity is now causing nearly half a million new cancer cases in adults every year.

Excess body weight is estimated to have caused 3.4 million deaths in 2010, and previous research has warned that an unabated rise in obesity could start eating away at life expectancy.

A study last November by the McKinsey Global Institute said obesity was costing the global economy $2 trillion (1.8 trillion euros) in healthcare and lost productivity — or 2.8 percent of global GDP.