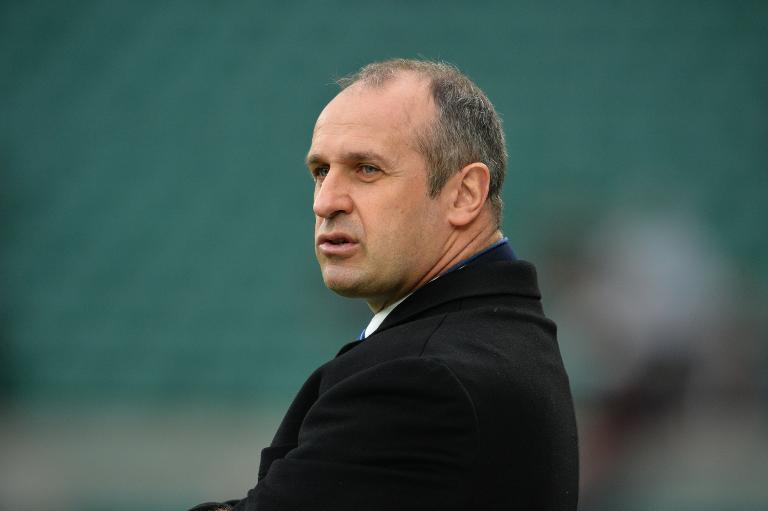 A shortlist of eight has been drawn up from 66 candidates to replace Philippe Saint-Andre as France coach, the French rugby federation announced Wednesday.

The federation, without identifying any of the finalists, will name Saint-Andre’s successor by the end of May after the eight remaining candidates are interviewed by the federation’s selection panel.

The names most bandied about as Saint-Andre’s successor are those of current Bordeaux-Begles coach Raphael Ibanez, former Montpellier manager Fabien Galthie and veteran Toulouse coach Guy Noves, who turned down the job in 2011.

Racing-Metro’s coaching duo of Laurent Labit and Laurent Travers, and France under-20’s coach Fabien Pelous have all confirmed that they did not apply for Saint-Andre’s job.

The new coach will be expected to take up his role from November 1, the day after the final of the World Cup in England.

Saint-Andre, who won 69 caps for France as a winger, took over as France coach after the World Cup of 2011, when Marc Lievremont surprisingly led a bickering, disjointed Les Bleus team to the final where they lost 8-7 to New Zealand.

Saint-Andre has struggled to impose himself since he took over and his record of just 15 wins in 37 games is the worst of any French coach.

There were calls for his head after back-to-back Six Nations losses to Ireland and Wales, but a 29-0 win in Rome over Italy meant that the French still had an outside chance of winning the tournament if they’d been able to pull off an upset win in England – they eventually lost 55-35.