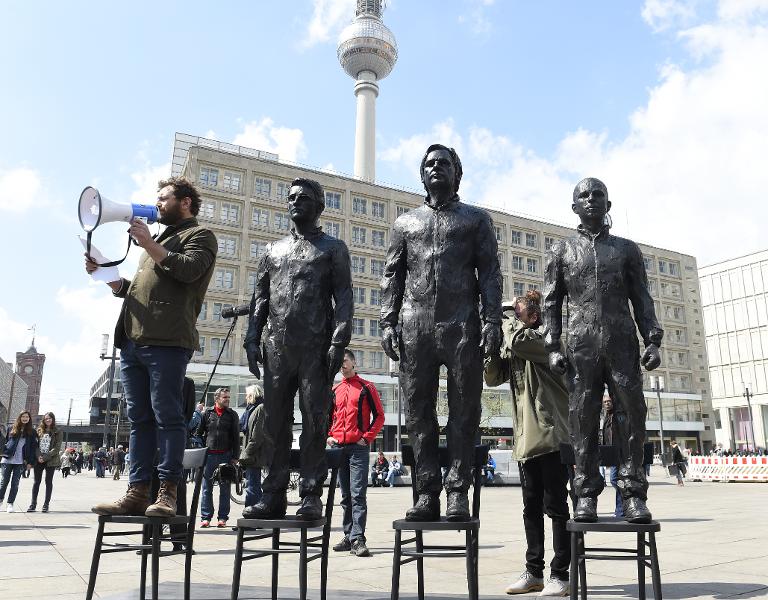 Many US lawmakers and an array of interest groups want to rein in the government’s surveillance programs, aware of public backlash that began with bombshell leaks two years ago.

With a deadline looming less than a month away, however, consensus on how to curb data collection has proven elusive.

The coming weeks are critical because of a June 1 expiration of a key section of the US Patriot Act which has been used as a legal basis for much of the vast surveillance carried out by the National Security Agency.

Two years after the sweeping data leaked in documents from former NSA contractor Edward Snowden stunned Americans and US allies, momentum appears to be growing for reforms.

But privacy advocates are divided on the steps to be taken.

Many activists are pinning their hopes on the USA Freedom Act, set to go before the House of Representatives in the coming week after a bipartisan 25-2 approval in committee.

The bill would end bulk collection of Americans’ phone and Internet data under section 215 of the Patriot Act, and would open some of the secretive practices of data collection.

“These are steps in the right direction,” said Harley Geiger at the Center for Democracy and Technology, which supports the bill.

“It would end the nationwide collection of Americans’ communications.”

The bill has the support of the House leadership and many key players in the tech sector such as the Internet Association and Reform Government Surveillance groups, which include Microsoft, Yahoo, Facebook and Google.

But some civil liberties groups and activists have declined to support the measure, saying the bill would make only modest reforms and still leave open other avenues for secret data collection.

The American Civil Liberties Union says a better option is to let the law expire and to foster a broader debate on the scope of government surveillance.

“The bill takes some incremental steps… but it would still allow the government to collect large amounts of information from people who don’t have a nexus to terrorism.”

Other activists have taken an even stronger stance, saying the bill would do more harm than good.

A letter to lawmakers from more than 30 organizations — including the AmericanÂ­Arab Anti-Discrimination Committee, the Sunlight Foundation and Demand Progress — urges lawmakers to oppose the bill.

“The USA Freedom Act pays companies to spy on Americans, plain and simple, and then gives them liability protection, even when what they’re doing breaks the law. What a horribly bad policy,” said Sascha Meinrath, director of X-Lab, a Washington technology and policy think tank, which also signed the letter.

The letter noted that “the modest changes within this bill, in turn, fail to reform mass surveillance, of Americans and others, conducted under Section 702 of the FISA Amendments Act of 2008 and Executive Order 12333.”

The law and executive order allow wiretapping without a warrant and allow intelligence agencies to harvest vast amounts of data outside the United States, according to critics.

“Given intelligence agencies’ eagerness to subvert any attempts by Congress to rein in massive surveillance programs by changing the legal authorities under which they operate, the modest, proposed changes are no reform at all,” the letter says.

“Section 215 was designed to sunset, and it is well past time that it did so.”

Because of the tight timetable in Congress and lawmakers who are set to break for the Memorial Day holiday weekend that begins May 23, it is unclear if any agreement can be reached.

In the Senate, where prospects for the Freedom Act are unclear, Majority Leader Mitch McConnell said he would propose a short-term extension of Section 215.

The prospect of an extension drew widespread criticism from more than 50 organizations including the ACLU, Gun Owners of America and Human Rights Watch.

“It is unacceptable to rubber stamp reauthorization of an authority that the government has used to spy on millions of innocent Americans,” said a letter from the groups.