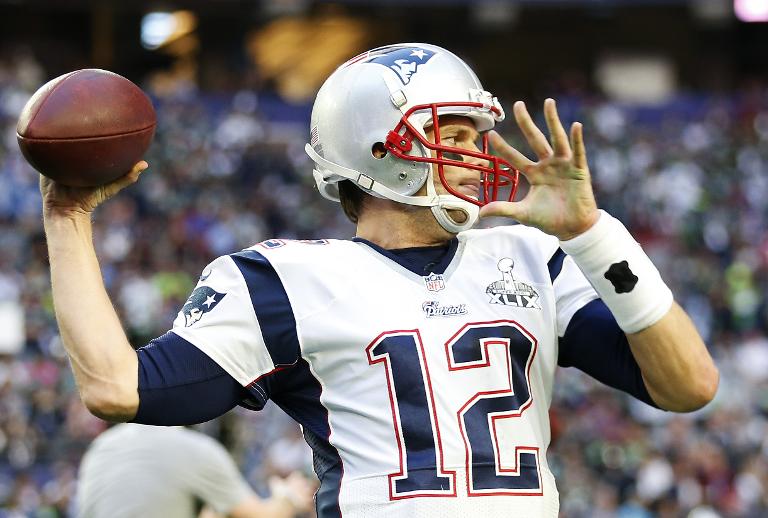 Criticism mounted Thursday against New England Patriots quarterback Tom Brady — arguably American football’s biggest star — over his role in a cheating scandal that threatens to tarnish the league and his own legacy.

The National Football League must decide whether and how harshly to punish Brady, after a league probe found he likely knew game day footballs were under-inflated, making them easier to grip and throw, in a key playoff contest.

After a year in which the NFL was pilloried for punishments deemed far too lenient in scandals involving its players, the league is facing calls to throw the book at Brady for his role in the so-called “Deflategate” scandal.

“Now is not the time to suddenly go soft and underinflated with discipline — even when it would mean sitting one of the league’s icons,” Bell said, writing that the very reputation of America’s richest and most popular sport is at stake.

The NFL findings, released on Wednesday, said the loss in air pressure of balls used by the Patriots could not have been caused by weather conditions, concluding that it resulted from “human intervention.”

The league also released emails that seemed to show that Brady and team staff colluded in deflating the footballs.

Hall of Fame superstar Shannon Sharpe, a retired player and popular television sportscaster, said the NFL should lower the hammer not just on Brady, but on his entire team — even Patriots Coach Bill Belichick, who was exonerated in the investigation.

“Brady must be suspended for minimum of 2-4 gms,” Sharpe wrote in a tweet.

Brady’s agent Joe Yee slammed the report, calling it a “significant and terrible disappointment,” and saying it omitted “nearly all” of Brady’s testimony.

– Scandal not new for Patriots –

The Patriots, based in the Boston area, is one of America’s storied sports franchises, with fiercely loyal fans and four Super Bowl championships earned under Brady’s stewardship — the last in February, after the playoff game in which the deflated balls were used.

But the team has a reputation for pushing limits when it comes to finding an competitive advantage, and sometimes breaching the boundaries of sportsmanship.

In 2007, the team was fined and ordered to forfeit a first round draft pick over the “Spygate” scandal, after being caught videotaping game play signals by the staff of their rivals, the New York Jets, in violation of league rules.

American football, especially in northern states, often is played in cold, wintry conditions. Some players say removing a little air from footballs makes them easier to control in inclement weather.

Deflating balls so that they fall below the league-regulated air pressure appears to be just the latest way that some on the Patriots had hoped to gain a competitive advantage, the NFL concluded.

Some are doubtful about how much of an advantage is gained from underinflated balls, and say it would suffice for the NFL to give Brady a light fine.

But they appeared to be very much in the minority among the country’s sports cognoscenti.

“A slap on the wrist will no longer suffice. The integrity of the game is at stake,” opined longtime sportswriter Rick Gosselin of the Dallas Morning News.

Meanwhile, Miami Herald sports reporter Armando Salguero said in a blogpost that an anonymous NFL source told him “everything is being studied, everything is being considered” with respect to disciplining Brady — including even a possible year-long ban.

If he is forced to sit out even one game, it would be bitter punishment for Brady, who at 37 is in the twilight of his career.

So far he has been mum about the findings of the Deflategate probe, which took more than three months to complete.

Whether he gets a heavy sanction or a slap on the wrist, the scandal has clouded the legacy of the player who is admired — and sometimes reviled — as much for the high life he leads off the football field as for his play on it.

Brady is married to supermodel Gisele Bundchen. The photogenic couple has two children.

While New Englanders are fiercely loyal, others are not shy about openly mocking his almost fairy tale life.

Dealing harshly with Brady would take away a little of the luster from what Lee called Brady’s “ridiculously charmed life that makes most of our lives look like a puddle of hot garbage juice.”