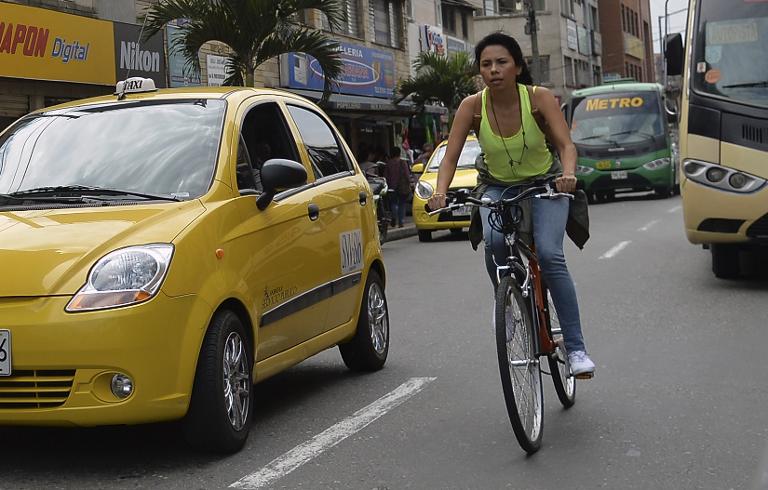 Bogota-based startup Biko is out to make bicycling pay off for riders in traffic-choked cities around the world.

The creators of a mobile app that lets bicyclists track their routes and then rewards them with discounts or deals at local merchants, was at a Collision technology conference in Las Vegas on Wednesday seeking investors to help it spread beyond Colombia.

The app provides a social platform for riders to share information about their routes, such as areas monitored by police, safe spots to park bikes, potential hazards and streets to avoid.

The app, released about a week ago in Bogota, was billed as a way to promote bicycle culture and build communities in cities where traffic is chaotic or congested.

Biko taps into smartphones’ GPS capabilities to track the routes taken by bicyclists, and then converts distances traveled into “biko” currency accepted by about 20 partners including Starbucks, Burger King and Taco Bell, according to co-founder Emilio Pombo.

Biko is also forging alliances with theaters and concerts to promote culture and provide people with improved access to venues and events, he told AFP.

“People are beginning to understand that mobility is chaos in many big cities,” Pombo said.

“They are looking desperately for new solutions.”

A long-term goal of Biko is to amass a massive trove of bicycling data that could prove valuable for city planners or help to target advertising by local shops, according to Pombo.

“By promoting biking we are not just improving people’s quality of life and friendlier cities, we also look to encourage healthier habits as well as protecting the environment,” said Biko chief executive Enrique Cuellar.

Biko launched with $150,000 in seed money and is hoping to raise another $1.5 million to fund expansion.