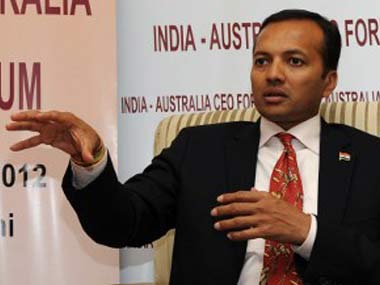 New Delhi: Congress leader and industrialist Naveen Jindal, former Jharkhand chief minister Madhu Koda and 13 others were Â summoned on Wednesday as accused in a coal blocks allocation scam case by a special court which observed that the Congress leader had prima facie “manipulated entire government machinery” to procure undue allotment in Jharkhand.

Besides Jindal, the court also summoned as accused former Minister of State for Coal Dasari Narayan Rao, ex-Coal Secretary Harish Chandra Gupta and others, including five companies, asking them to appear before it on May 22 after taking cognisance of CBI’s charge sheet filed against them.

“Similarly, it is also prima facie clear that Naveen Jindal being the promoter of M/s JSPL and M/s GSIPL manipulated the entire government machinery both in the state of Jharkhand and in MOC (Ministry of Coal) so as to procure undue allotment of entire ‘Amarkonda Murgadangal Coal Block’ in the name of its two group companies,” the court said.

“The final report prima facie shows the pivotal role played by him (Jindal) in the criminal conspiracy so as to procure allotment of impugned coal block in favour of its two companies i.e. M/s JSPL and M/s GSIPL,” the court said in its 34-page order.