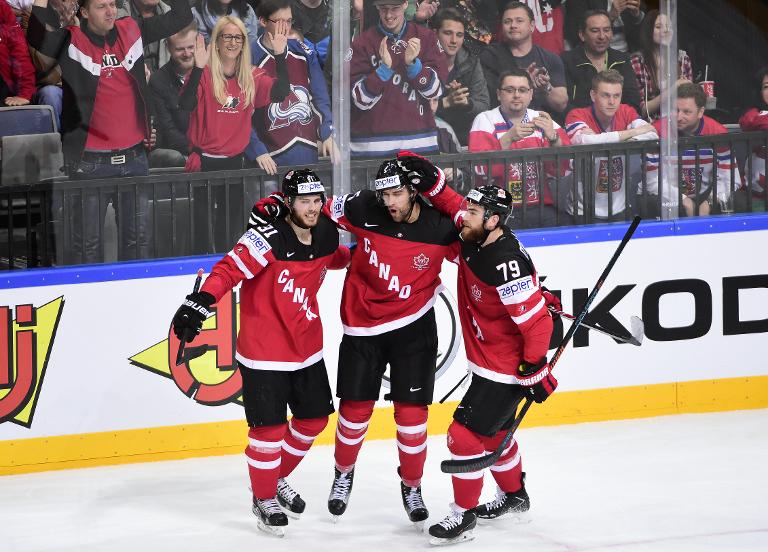 Canada came from three goals down to stun Sweden 6-4 at the ice hockey world championships on Wednesday and stay top of Group A with a perfect record of four wins from four games.

In a repeat of the 2014 Olympic final, Canada took on Sweden in Prague’s O2 Arena and were stunned to find themselves trailing by three goals after the first period.

But Sweden went to the locker room with a lead owing to a goal by Oscar Moller, who plays the Russian league at AK Bars Kazan.

Ottawa defenceman Patrick Wiercioch put Canada level again after ten minutes of the final period and Buffalo forward Tyler Ennis then beat Sweden goalie Anders Nilsson with a wrist shot above his shoulder six and a half minutes from the end.

Dallas young gun Tyler Seguin made it 6-4 into the empty net as Sweden had pulled their goalie.

“But we have a lot of guys that can score and play different roles and we competed and battled back and there was a big win.”

“They tried to push us back and we made some bad plays, we had the puck under control but they got a lot of momentum,” said Moller, who plays for AK Bars Kazan in the Russian league.

“Then we tried to come back in the third but it was too late.”

“Especially against a team like this it’s going to cost you if you make a bad play or turn the puck over.”

In the group’s other game, Latvia stunned 2013 runners-up Switzerland 2-1 in overtime to collect its first points at the tournament.

Andris Dzerins scored in the 25th minute and Latvia goalie Edgars Masalskis kept a clean sheet until the 59th minute when Janis Sprukts scored an own goal with Switzerland’s Matthias Bieber earning the honors as his team’s last player to touch the puck.

Russia took a 2-0 lead within 13 minutes with goals by Artemi Panarin and Sergei Mozyakin.

Denmark converted one of their five shots in the second period through Morten Green, but Evgeni Dadonov put Russia two goals ahead once again, just before the second siren.

But the Russians never quite lost control and Mozyakin and St Louis Blues forward Vladimir Tarasenko rounded off the score with two goals within 48 seconds.

Tomas Surovy and Marek Daloga scored late in the first and early in the second period to put Slovakia 2-0 up.

But two goals from Norway defenceman Mattias Norstebo — including the game winner in the 42nd minute — and one by forward Mats Rosseli Olsen turned the game into another great comeback of the day.