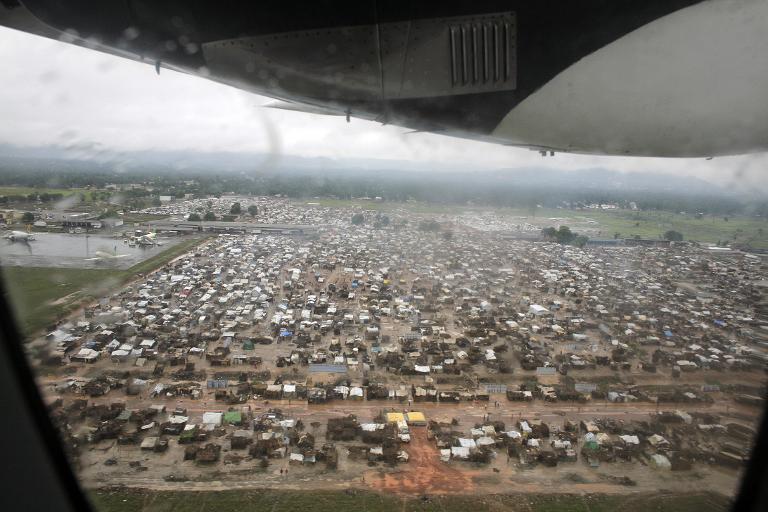 The Central African Republic will take legal action against the French soldiers accused of raping children in exchange for food at a refugee camp, the country’s justice minister said Wednesday.

“Legal action will be pursued… These are still very serious acts,” said Justice Minister Aristide Sokambi, insisting his nation was not targeting France but individual soldiers.

Several children — the youngest just nine — allege that 14 soldiers dispatched to the impoverished nation as part of a peacekeeping force sexually abused some of them in exchange for food between December 2013 and June 2014.

“We regret the fact we were not brought into these investigations despite the cooperation agreements we have with France,” Sokambi added.

“So I have instructed the public prosecutor to open a probe and seek the evidence already at the disposal of the French.”

French troops were deployed to the Central African Republic in December 2013 to help African Union peacekeepers restore order after a bout of sectarian bloodletting triggered by a coup.

Hundreds of troops were stationed at Bangui’s M’Poko airport, which was transformed into a giant refugee camp.

Most of the displaced families living amid the abandoned planes had lost everything in the conflict, which pitted mainly Muslim rebels against vigilantes from the majority Christian population.

Prosecutors in Paris have opened an investigation into the reports, with France’s defence ministry pledging to take “all the measures necessary for the truth to come out.”

The defence ministry has said it immediately launched a probe into the case, sending police investigators to the former French colony on August 1 after receiving the news, but the damning allegations nevertheless only emerged in April when The Guardian newspaper broke the story.

The defence ministry has denied attempting to cover up a potentially devastating scandal. The allegations were contained in an internal UN report that was leaked to French authorities last summer by a UN official.

If proven, the allegations will not only affect the French army but also the Central African Republic, which is trying to find a way out of a conflict that has killed thousands and displaced nearly 900,000 people.

Many people living in the camp at M’Poko airport had lost their livelihoods to the violence.

Hunger in the camp became so widespread that riots often broke out when food was distributed.

The rape allegations against the French soldiers are not the first to be levelled against workers on international missions.

Soldiers and police from Britain, Sri Lanka, Bangladesh, Uruguay, Nigeria and Morocco have all been accused of, or arrested for sexual misconduct while on missions for organisations like the United Nations or NATO over the past decade.