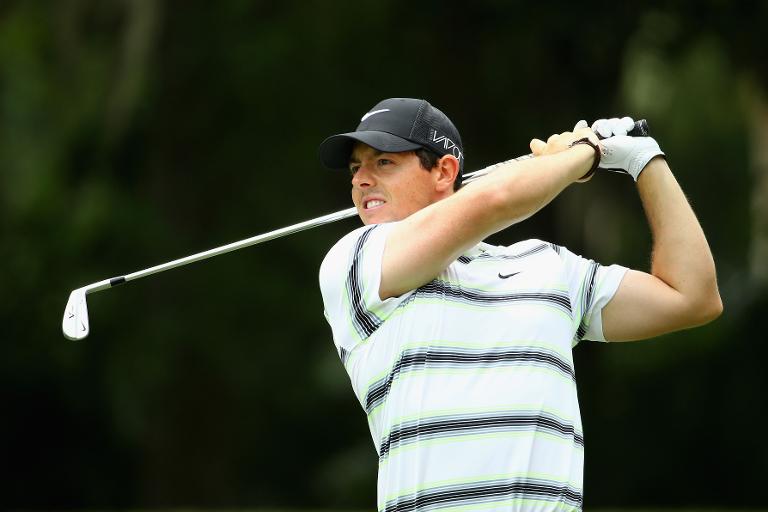 Rory McIlroy, fresh from celebrating his World Golf Championships Match Play triumph — and his 26th birthday — is hoping to cure his TPC Sawgrass headache at last.

The world number one has had mixed results in The Players Championship, the US PGA Tour’s $10 million flagship event that starts on Thursday in Ponte Vedra Beach, Florida.

He missed the cut in his first three appearances. In 2013 he opened with a 66 en route to a share of eighth place and last year tied for sixth.

He acknowledged that the precision required off the tee at TPC Sawgrass can be frustrating to a player of his aggressive instincts.

The high-profile tournament — called one of the most important of the year by McIlroy — will see the Northern Irishman paired on Thursday with Masters champion Jordan Spieth and Australian Jason Day.

The pairing featuring McIlroy and world number two Spieth is sure to fuel the talk of a rivalry between the two — but McIlroy said he doesn’t need that kind of buzz to build his enthusiasm.

“I don’t think I need any extra incentive to get the juices flowing this week,” he said, refusing to be drawn into the rivalry hype.

Last year, he said, Rickie Fowler was deemed the man most likely to challenge him.

“This year it’s Jordan, might be someone else, could have been Tiger,” McIlroy said.

“It’s sort of been four or five rivalries over the past year. It doesn’t really do anything for me.”

The 21-year-old Spieth, for his part, says he has some way to go to be on McIlroy’s level.

“I think it’s still early, especially with what he just did,” Spieth said of McIlroy and his impressive WGC Match Play victory in San Francisco last week, which featured a series of late-match rallies en route to a perfect 7-0 record that included a 4&2 triumph over Gary Woodland in the final.

“He moved even further away from it really being what I would consider a budding rivalry right now,” Spieth said.

“I could certainly appreciate if I could get to where he’s at, but right now I don’t see myself there.”

McIlroy’s Match Play win was his first since Dubai in January and he’s hoping it set him up for a solid May run.

He’s scheduled to play at Quail Hollow next week, followed by the European Tour’s BMW PGA Championship at Wentworth and the Irish Open at Royal County Down.

“I hadn’t felt I played my best golf since February,” said McIlroy, whose bid to complete a career grand slam at the Masters ended in a fourth-place finish.

“I felt like I really hadn’t got into contention to win and that’s something I wanted to do.

“It was nice that the first week out again I am able to do that. I want to continue to do that.”