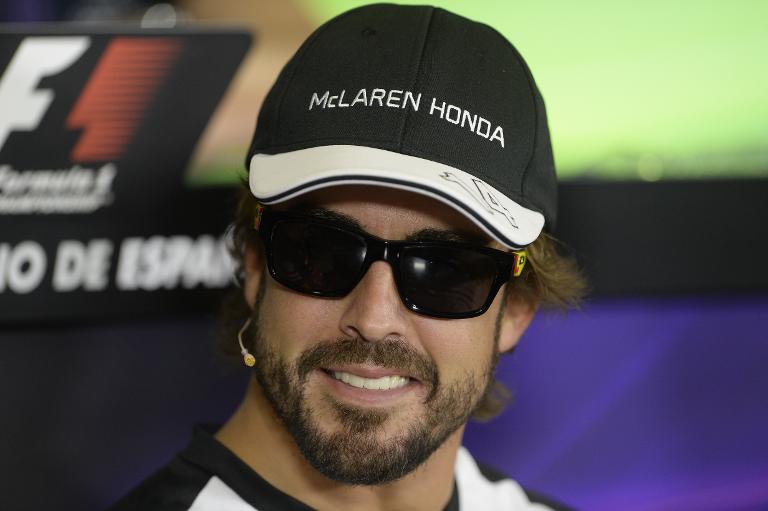 Wearing dark glasses to protect an infected eye, Fernando Alonso said Thursday that he is unfazed by returning to race this weekend at the scene of his major pre-season testing crash.

Instead, he said, he relished the opportunity to put that incident behind him and has plans to take the hospital staff, who cared for him in February, out for dinner after Sundayâ€™s Spanish Grand Prix.

In that race, he added with a hint or ironic humour, he hopes also to prove that he and the struggling McLaren-Honda team are in better shape than many believe.

â€œNo concerns,” he said, when asked about the crash.

“It was an accident that happened three months ago and unfortunately it took a little bit longer to recover — the impact was a little bit unlucky — and it took me out of the car for one month.

â€œI’m coming back here with full confidence and full motivation to do well and to perform and deliver a good result in front of the home crowd.

â€œThe week that I was in hospital I had one of the best staff that I could imagine in the hospital and they were so kind to me.

“I plan to have dinner with them, probably on Sunday, as I am staying here on Monday for an event with sponsors.â€œ

The two-time world champion missed the season-opening Australian Grand Prix as he recuperated from concussion after losing control of his car at the exit of Turn Three at the Circuit de Catalunya.

McLaren, without a point after four races, have yet to explain the accident.

They have, however, mounted a staunch defence of Alonsoâ€™s form this year despite a string of indifferent, or disappointing results by the team.

Racing director Eric Boullier said Alonso had made the right decision to re-join McLaren after five years without major success at Ferrari.

â€œHe spent five years there and it didn’t work out and I guess like many sportsmen he looked for a new challenge, if I may say this,” said Boullier.

“Coming back here, as he said ‘to finish the unfinished business’, he knew the project would be difficult to start with because it is very, very young.

â€œIt has not surprised me at all the way he has embraced the issues we have faced.â€

Alonso himself said he was not surprised by Ferrariâ€™s resurgent form this year.

â€œWe had a tough year in 2014, but we were third and fourth in the championship until five races to go. Now I think they are second and fourth.

“So they made a step forward, a little step forward, and in performance it looks more because I think also Williams and Red Bull are a little bit under-performing right now.â€

Of his own prospects, he added: â€œI think our car has the potential to perform at the top level.

â€œObviously we have a very complex package with the power unit and the philosophy of the car.â€