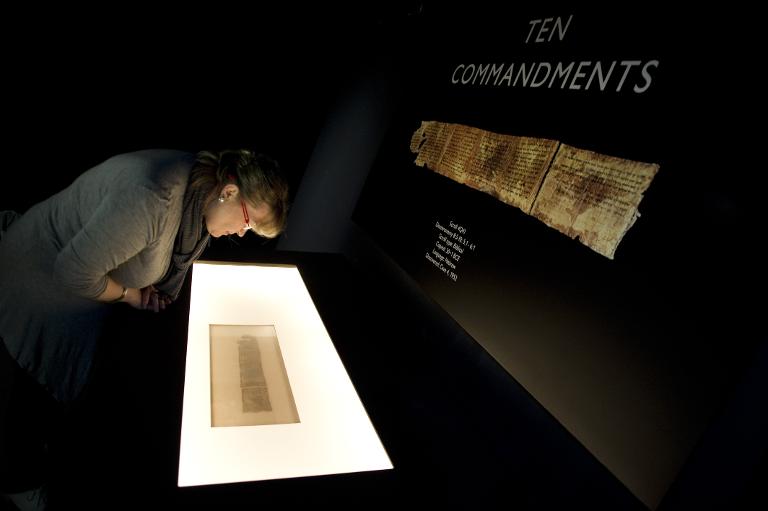 The oldest complete example of the Ten Commandments has gone on rare display in Jerusalem, part of the Israel Museum’s collection of the Dead Sea scrolls, an official said Wednesday.

“It’s not usually exhibited… because it’s very sensitive and fragile,” a museum official told AFP on condition of anonymity, adding that it was being displayed in a climate-controlled glass case.

When not on show, the scrolls are kept in a dark, climate-controlled storeroom in conditions similar to those in the Qumran caves, where the humidity, temperature and darkness preserved them for two millennia.

The Ten Commandments scroll is part of “A Brief History of Humankind”, a unique exhibition on human development drawn from the museum’s collections that includes the original handwritten manuscript of Albert Einstein’s theory of relativity.

The museum said that owing to its fragility it would be on display for “up to four weeks, after which an exact facsimile will be on display.”

The Brief History of Humankind exhibition, part of the museum’s 50th anniversary celebrations, runs until January 2, 2016.