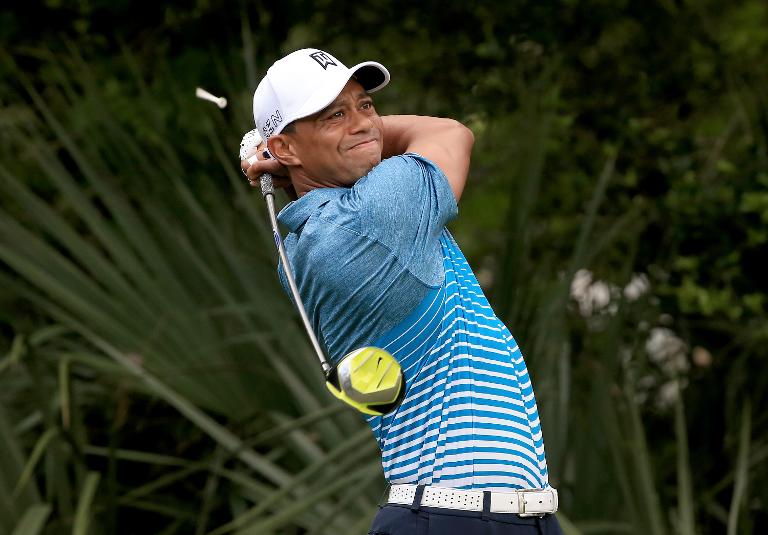 The Players Championship can’t come soon enough for Tiger Woods, coping this week with the bleak emotions surrounding the anniversary of his father’s death and his split with Lindsey Vonn.

“Obviously it does affect me,” Woods said Tuesday after a practice round at TPC Sawgrass in Ponte Vedra Beach, Florida.

“It is tough. There’s no doubt. I’m not going to lie about that. It is tough. This three-day window is really hard,” added the 14-time major champion, whose father and mentor Earl Woods died on May 3, 2006.

“I haven’t slept. These three days, May 3 and through the fifth, today, is just brutal on me, and then with obviously what happened on Sunday, it just adds to it.”

On Sunday, Woods and ski star Vonn announced via Facebook that their relationship had ended, blaming hectic schedules that kept them apart too much.

The two had been dating for three years.

Woods hopes the start of the US PGA Tour’s $10 million flagship tournament on Thursday will be a chance to focus on golf.

“I’ve always had to deal with stuff outside the ropes, and once you’re inside the ropes it’s time to tee it up and time to play,” Woods said.

“You go out there, and for me I focus, I get into my little world, my little zone and do the best I possibly can for that.”

The Players will be Woods’s first start since he tied for 17th at the Masters.

His world ranking has fallen so low that he wasn’t eligible for last week’s WGC Match Play Championship.

He’s not sure he’ll carry any momentum from his Masters performance into this week.

Woods ended a two-month self-imposed absence from competition at Augusta National, during which he got back to basics after a disastrous start to the season.

He missed the cut in the Phoenix Open — shooting a career-worst 82 — and pulled out after 11 holes of the second round at Torrey Pines with a wore back.

He arrived at Augusta National an unknown quantity, but displayed a sharper short game and was tied for fifth after the third round.

“To go from where I was to being in contention like that, that was a big step,” Woods said.

He hopes to build on that as he begins a stretch of four tournaments in seven weeks.

“I’m able to start playing a regular schedule now and start getting after it,â€ he said.

Woods won The Players the last time he entered, in 2013 — adding a second title in the tournament he also won in 2001.

Woods missed last year’s edition as he recovered from back surgery.