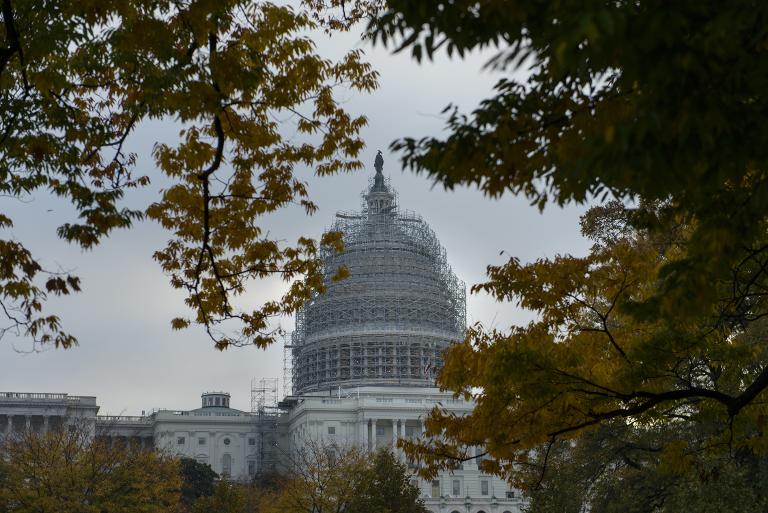 The Republican-led US Congress passed a 2016 budget, a largely symbolic policy document which if fully enacted would balance federal spending and slash $5 trillion in social, education and health programs over the next decade.

The $3.871 trillion blueprint for the year beginning October 1, 2015, is not dramatically lower than the $4 trillion wish list put forward by President Barack Obama in February.

But it forms the start of a theoretical ten-year program that would lead to a total elimination of the US public deficit by 2024, without raising taxes — and beefs up Pentagon spending.

The Senate approved the Republican budget by a final vote of 51 to 48, with all Democrats voting against.

It passed the House of Representatives last month, also with united Democratic opposition, and despite deep divisions over military spending and other issues that threatened to split Republicans.

But the party’s leaders shepherded the measure across the finish line, a rarity in Washington for a budget resolution and a victory for Republicans, who are under pressure to show that they can govern successfully in the 2016 presidential election cycle.

“No budget will ever be perfect, but this is a budget that sensibly addresses the concerns of many different members,” Senate Majority Leader Mitch McConnell said.

But it did expose divisions between Republican 2016 presidential hopefuls. Ted Cruz and Rand Paul voted against the budget, while Marco Rubio and potential White House candidate Lindsey Graham supported it.

– White House has other plans –

The resolution has no power of law. But it is used as a guide to define the amounts appropriated to each federal agency.

That spending battle looms later this year, as lawmakers will haggle over appropriations bills that must be signed into law by the president by October 1 or else government risks a shutdown.

The budget contains key Republican priorities including a repeal of the president’s signature health care law.

It sets up a fast-track vote on legislation repealing Obamacare, likely this summer in the early stages of the presidential race, but Obama is certain to veto the measure.

The budget would also trim public health care programs for the poor and elderly.

The Senate action marks the first time in six years that Congress has passed a budget, and Republicans chalked it up to their seizing control of both chambers in January following congressional elections.

More than two-thirds of federal budget expenditures relate to mandatory spending such as debt service and entitlement programs including Medicaid, Medicare, Social Security and food stamps.

The rest is divided between defense ($523 billion) and other federal agencies ($493 billion), as well as extraordinary expenses for overseas contingency operations ($96 billion) and natural disasters ($7 billion).

Democrats had proposed a budget that would have run fiscal deficits for the next decade, while increasing infrastructure investment and removing tax breaks for businesses.

The White House made it plain that it was not interested in these budget plans.

“The President has made clear that he will not accept a budget that locks in sequestration going forward, nor one that reverses sequestration for defense â€“ whether explicitly or through backdoor gimmicks â€“ without also reversing sequestration for non-defense,” a White House statement said.

“To make their budget work at those low levels, Congressional Republicans propose drastic cuts to programs that support the middle class and provide ladders of opportunity for those seeking to reach the middle class,” it added.