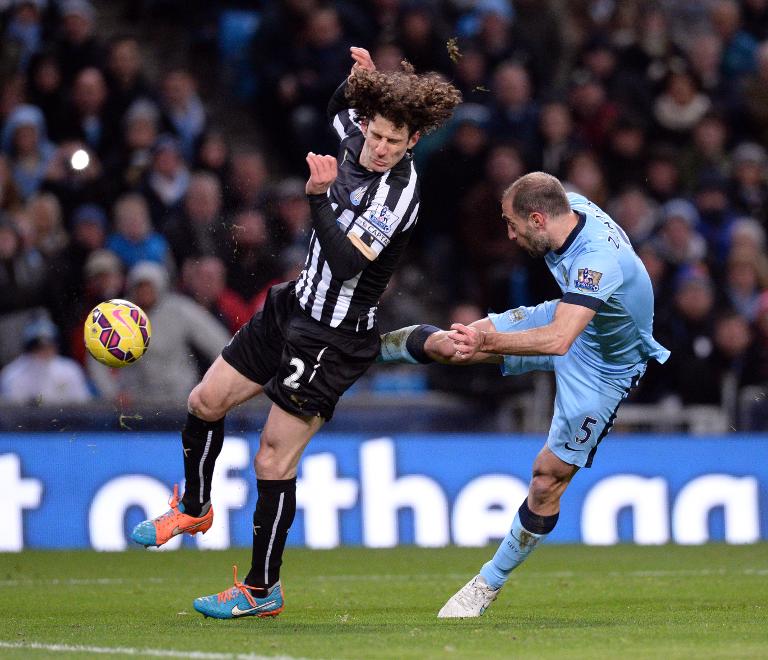 Newcastle United captain Fabricio Coloccini has written an open letter to supporters calling for unity as the club face up to the threat of relegation from the Premier League.

Newcastle have lost their last eight league matches — their worst run since 1977 — and are just two points above the relegation zone with three games of the season remaining.

The club held crisis talks with manager John Carver earlier this week and Coloccini says that everyone linked with Newcastle must now pull together.

“Today we are in a delicate situation, one that we have been through before, and it is one of the most uncomfortable situations in the world of football,” the Argentine centre-back said in a message released via the club’s media channels.

“Uncomfortable because this club doesn’t deserve to be in this position, a position that puts its status at risk.

“Players and staff have come together in order to leave all past problems aside and to focus 100 percent on the three ‘cup finals’ that we have left.

“I would like to make a call to all fans today to also leave aside all differences, all different opinions, anything that divides us as people who love this club.”

Carver accused defender Mike Williamson of deliberately getting sent off against Leicester, which the centre-back denied, and subsequently admitted: “There’s a chance they (the players) are just not listening to me.”

Newcastle host West Bromwich Albion this weekend, before visiting Queens Park Rangers and then tackling West Ham United at St James’ Park on the final day of the season.