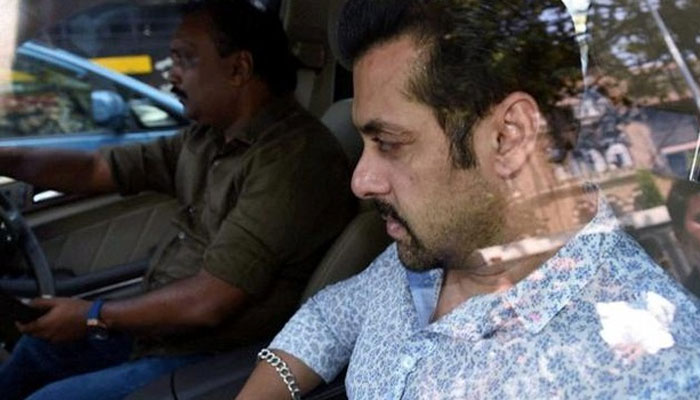 Mumbai: Bollywood’s mega-star Salman Khan has been given a two day interim bail after being sentenced to five years in jail. He wasÂ convicted by a Mumbai sessions court of culpable homicide in the 2002 hit-and-run case.

The judge read out the quantum of the punishment atÂ 1.10pmÂ in the Sessions Court.Â Khan has to face 5 years in jail under sec. 304 II of the Indian Penal Code.Â

Sessions judge DW Deshpande pronounced the judgement and held him guilty of all eight charges against him in the caseÂ amid tight security around the court where only lawyers, media and court staff were allowed.Â

â€œYou were driving the car, you were under the influence of alcoholâ€, the judge said.

Delivering the verdict in the case that dragged on for over 12 years, sessions court judge D W Deshpande said “all charges” against the actor have been proved, which included the stringent charge of culpable homicide not amounting to murder, besides various other offences, including rash and negligent driving and driving under influence of liquor.Â

The court rejected Khan’s claim that driver Ashok Singh was at the wheel when the accident took place.

The actor is expected to be taken into custody even as he frames his next legal strategy. The verdict is likely to be challenged in the High Court soon.Â

Khan, who was facing charges of culpable homicide, has now been charged with killing one person and injuring four others by ramming his SUV into a bakery shop in suburban Bandra, in his white Land Cruiser. The quantum of punishment is likely to be pronounced on Thursday.

The 49-year-old actor will be taken straight to Arthur Road jail from the court.

After the judgement was pronounced, the Bollywood fraternityÂ came out in support of Khan.Â

Calling Salman an “excellent” human being, filmmaker Subhash Ghai, who worked with the actor in “Yuvvraaj”, tweeted, “Salman Khan and all of us have to respect court verdict but we all know that Salman is excellent as human who can’t fight with destiny.”Â

Actor and friend Riteish Deshmukh tweeted his support, saying, “Not commenting on courts verdict- but my heart goes out to @BeingSalmanKhan: large hearted & 1 of d finest people I have met in this industry.”Â

Meanwhile, shares of Eros International Media and Mandhana Industries Ltd, the entities associated with Samlan Khan, came under intense selling pressure today after the Bollywood actor was convicted in the 2002 hit-and-run case.Â

Hours before the verdict, #WeLoveYouSalmanKhan and #SalmanVerdict were trending on Twitter. Relatives and friends from the industry, including Shah Rukh Khan, were seen visiting KhanÂ on WednesdayÂ night.

His two upcoming flicks, â€˜Bajrangi Bhaijaanâ€™ which stars Kareena Kapoor and â€˜Prem Ratan Dhan Paayoâ€™ opposite Sonam Kapoor, are currently in the last schedule of shooting.

After Sanjay Dutt, Salman is the second big star from Mumbai film industry to get embroiled in a high-profile criminal case in recent years. He is also facing trial in a Rajasthan court for hunting a black buck during the shooting of â€˜Hum Saath Saath Hainâ€™.